Waking up to the superfoods in our backyard 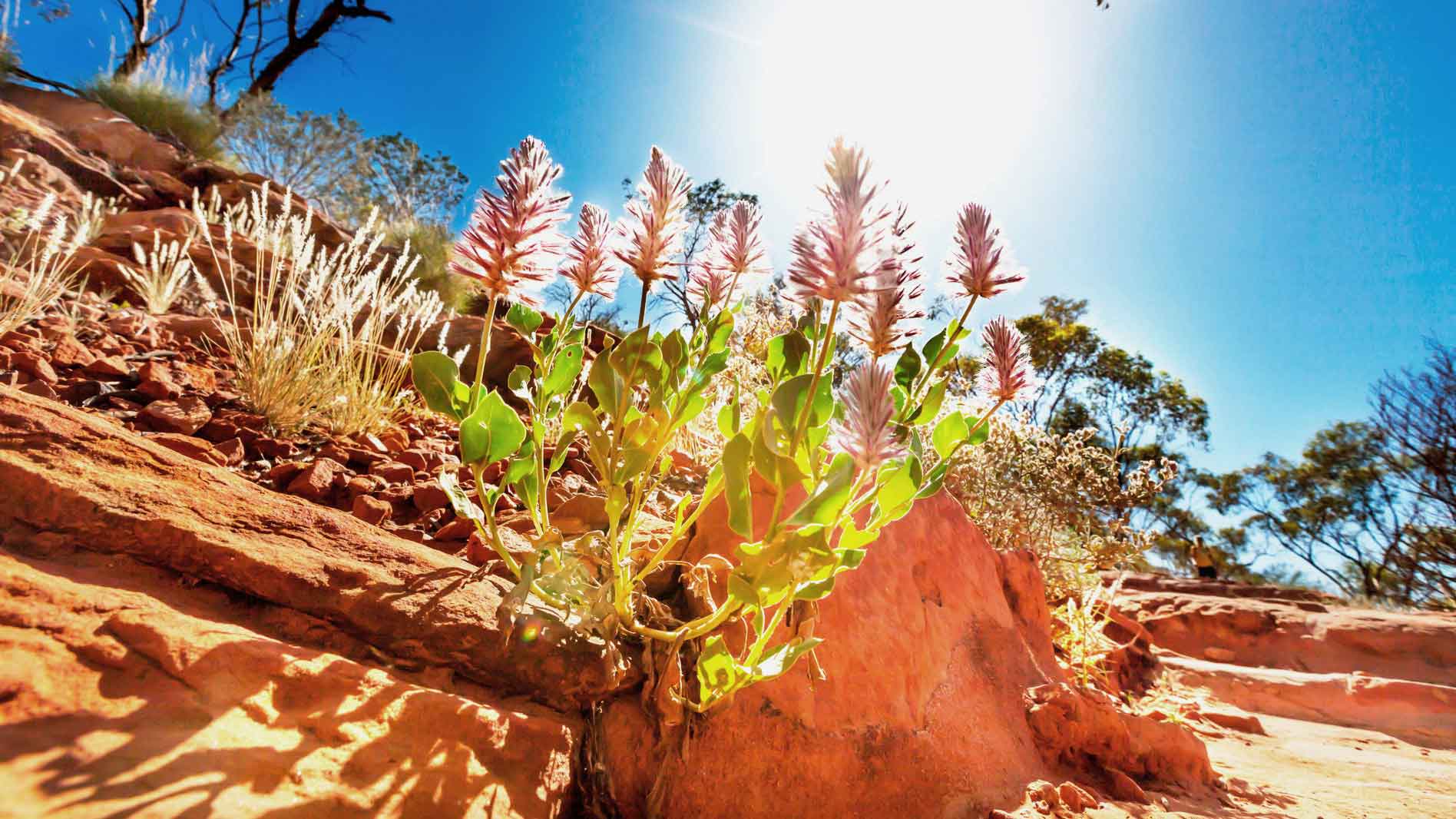 Waking up to the superfoods in our backyard

More chefs are turning to native ingredients than ever before – nutritionally lauded, they’re gaining traction amongst the dining crowd and should definitely enter your consideration when planning your next menu.

What is a “Modern Australian” menu? Is it the collision of a pasta dish, surf and turf and a Thai chicken salad? Australia is proud to be a cultural melting pot but for many Chefs, the thing that defines most Aussie menus right now is a lack of native Australian ingredients.

The public no longer bats an eyelid when they see edamame, quinoa, sriracha or bulgur on a menu. But we’re not as adventurous in the culinary department as we’d like to believe. More than one overseas Chef has commented on the irony that Australian restaurants are serving world class dishes made with exotic ingredients while ignoring valuable plants that are (literally) growing in our own backyard.

There are a few star Chefs who were early adopters of native ingredients (by industry standards, but still 40,000 years later than Aboriginal and Torres Strait Islander people). Kylie Kwong has been serving true Australian-Chinese cuisine at Billy Kwong since 2010, with Old Man Saltbush enhancing caramelised pork belly and a range of edible bugs testing diners’ nerves. Neil Perry’s restaurants in the Rockpool Group have all featured native ingredients on the menu; the Chef seems to have a particular affinity for warrigal greens, while Peter Gilmore’s offerings at Quay marry little-known imported vegetables with native produce.

Jude Mayall is a Director on the board of Australian Native Food Industry and owner of Outback Chef, a company that promotes awareness around native food through education and the sale of bush tucker. She says there has been an enormous rise in the popularity of bush food recently, pioneered by top Chefs.

“I’ve been knocking on doors for about 10 years, and people are just starting to pay attention,” she said.

“Diners are so much more aware of where our food comes from now. They’re aware that they can use native products quite freely and that they’re healthy for you. There’s a lot more excitement around native food and that’s really the driver of its popularity.”

It seems the stars have aligned for Australian flora. Finally, provenance and food miles are not just buzz words, people actually consider those things when they’re deciding where to eat. Rene Redzepi’s Noma, in headlines for its status as the “best restaurant in the world”, has made foraging mainstream and proven that people will eat the broth of roses and pay good money for it.

At the same time, being a “wellness warrior” is the new status symbol, and so-called “superfoods” are the sexiest things on Instagram. What’s surprising, or perhaps not so surprising, given Australia’s cultural cringe, is that we look to the acai berry from South America and the goji berry from China to boost our health, when scientific testing shows native Australian plants are more nutritionally dense than many imported “superfoods” on the market. 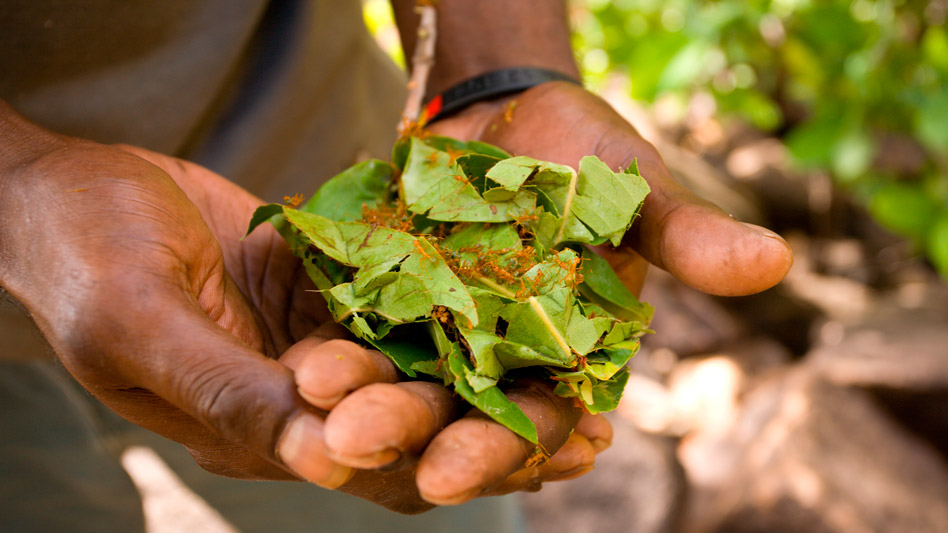 A study of the health benefits of native foods by the Australian Government Rural Industries Research and Development Corporation showed that native flora exhibited superior antioxidant qualities to the blueberry, which is renowned worldwide as a “health-promoting fruit”. Moreover, all Australian natives tested were found to be sources of vitamin E, folate, magnesium, zinc, calcium and lutein, a vitamin essential for eye health. Some native species were also found to contain selenium, which plays an important part in reproduction, thyroid hormone metabolism, DNA synthesis and preventing oxidative damage.

And therein lies the clincher, the reason we should all be running towards Australian natives with spoons in hand: oxidative stress is believed to be the cause of some of our most prevalent and crippling health problems. Oxidative damage has links to Alzheimer’s disease, autoimmune and cardiovascular diseases, cancer, cataractogenesis, diabetes and macular degeneration. Research has shown that lowering levels of oxidative stress, by eating foods high in antioxidants, can reduce the occurrence of these illnesses.

Scientific interest in Australian natives is just starting to shed light on the real chemical value of these plants but it’s long been known that they are the reason this country supported the world’s longest-living culture.

So what are we waiting for? Some of the country’s best Chefs are leading the way, but the trickle down effect is slow when it comes to looking to Australian native produce as a serious nutritional staple in other commercial kitchens. Jude Mayall said a number of cultural barriers still exist despite the increase in knowledge about how Australian natives are excellent for our health.

“I think there are educational barriers in that people don’t know how to use native ingredients or they consider them to be complicated or somehow out of reach, so they’ll say, ‘I like the idea but I don’t really think it’s for me,’” Mayall said.

“There is a cost factor, which is a barrier for some, because a lot of native food is wild harvested so it’s probably more expensive than your general herbs and spices. But when people start using native produce, they also realise that our native herbs are pretty strong in flavour, so you don’t need as much in a lot of cases.”

Some high-profile Chefs publicise the fact that they like to get their hands dirty, going bush on a regular basis to collect the native produce that graces their menus. Before you bust out your Driza-Bone, there are things you need to know about foraging. Foraging for food on private land is legal, as long as you’re the landowner or have the landowner’s permission. Removing plants and fungus from public land in NSW incurs fines of up to $110,000 and this penalty varies from state to state, but it’s an offense that can also carry jail terms. Removing protected plants, such as samphire, could cost you up to $220,000. The bottom line is, check before you pick, not just that what you’re foraging is what you think it is, but also that you have the right to remove it. For city dwellers, native ingredients are available from reputable suppliers.

Australian natives for beginners: where to start:

Ouback Chef’s bestselling ingredient is lemon myrtle because its familiar lemon flavour is so easy to incorporate into dishes, sweet and savoury. Substitute lemongrass for lemon myrtle in Thai stir fries, bake it into muffins or try your hand at lemon myrtle ice cream. Its antioxidant properties make lemon myrtle the perfect tincture for a sore throat, too.

Wattleseed is an excellent source of magnesium, zinc, calcium, iron and selenium. When roasted and ground, the seeds have a nutty, coffee-like flavour, with subtle chocolate and hazelnut undertones. Wattle seed is a naturally gluten-free addition to muffins and bread or you can infuse it in water for a caffeine-free pick-me-up.

In a study of all native Australian fruits, the quandong, sometimes referred to as the Australian peach, had the highest levels of magnesium and zinc, among other antioxidant properties. They also contain three times more vitamin C than oranges. The flesh is very versatile and can be eaten fresh or dried to make jams, cakes and sauces.

Saltbush is a silvery-green plant that retains salt in its leaves. It can be used to season dishes in the same way as thyme or parsley and goes best with savoury foods like soups casseroles and roasts.

Fast becoming a favourite bush tucker herb in restaurants, the bush tomato is a versatile ingredient with the rich, spicy flavour of sun-dried tomato and hint of caramel. A good source of iron and selenium, the tomato is dried and ground to a powder so it can be used as the perfect enhancement to any tomato-based dish, like pizza, pasta and casseroles.