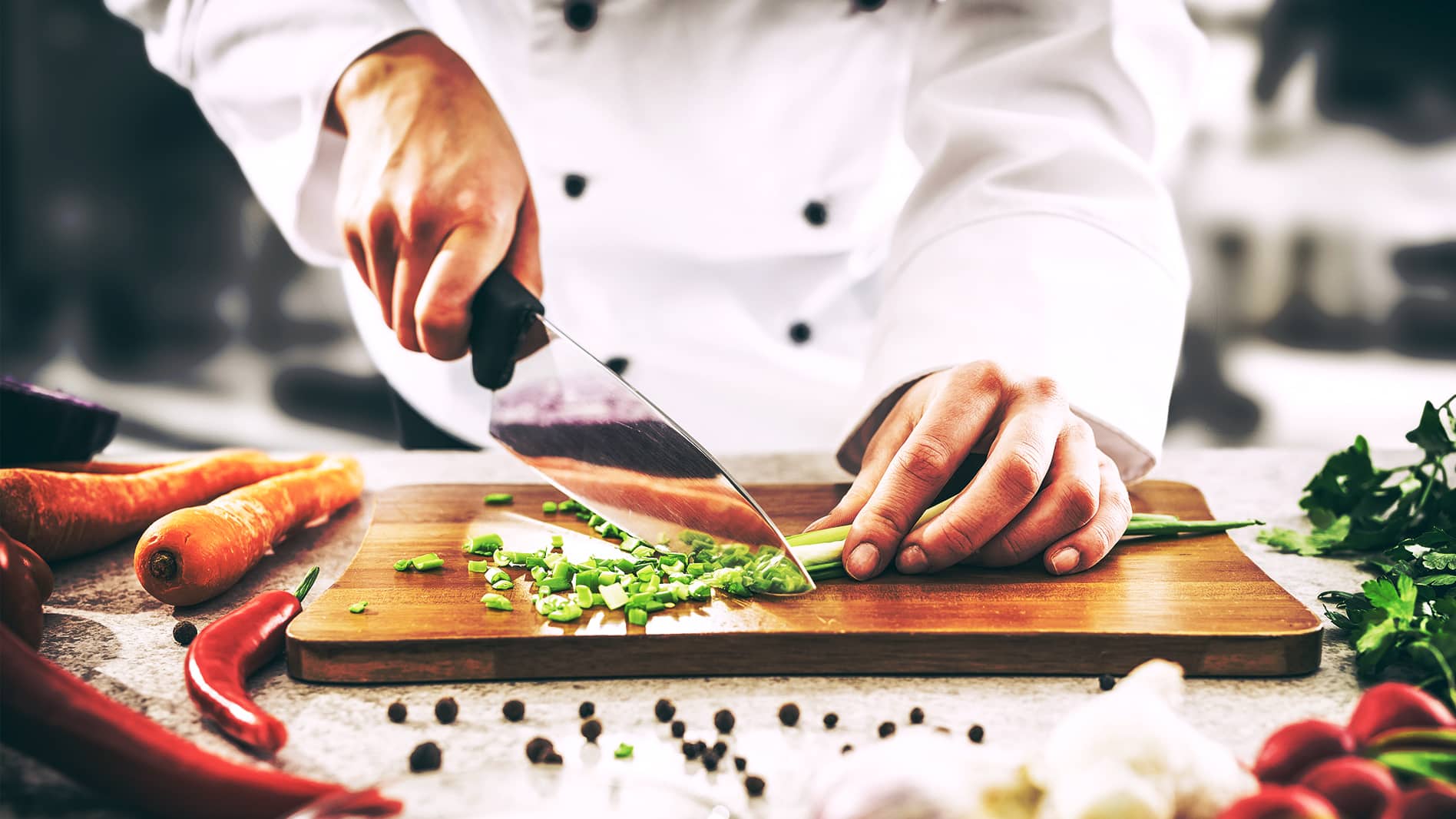 Remembering all the lingo that is thrown around the kitchen can be hard, and at times it can just be confusing. So, to save you from the embarrassment, we’ve collated the most-used cooking terms and definitions you need for a hard day’s work in the kitchen.

Has your head chef ever asked you to do something but you have just looked on stunned and confused? Have you ever been given the side-eye because you used a term out of context because you thought it meant something different? We’ve all been there.

But now is the time to set yourself apart and show off your knowledge and expertise to your colleagues. To help you succeed and win those brownie points with the boss (because he didn’t have to ask you twice) we’ve gathered all the cooking terms that’s being thrown around the kitchen and bunched them in one place.

So, instead of pulling out your phone and conducting a quick Google search, you now have one source of reference. One place where everything you need to know (or remember) is kept – and if you already know them, a refresher never hurt anyone, right? 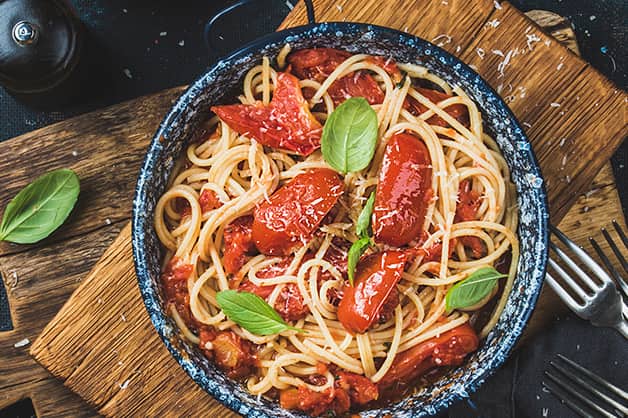 Al dente is thrown around the kitchen a lot. It’s the Italian term for “to the tooth” and is commonly used to describe pasta that is cooked until it offers a slight resistance to the bite – strange comparison, we know. According to a lot of chefs, this is exactly how pasta should be cooked; tender, slightly firm but not hard.

You know that bath of boiling water that you use for all those delicious, delicate desserts like custard and mouse? Well that’s bain-marie. The task consists of placing a pot, bowl or soufflé dish of food inside a larger, shallow pot that contains hot, boiling water. This technique gently cooks the ingredients and reduces the risk of curdling, cracking or browning. 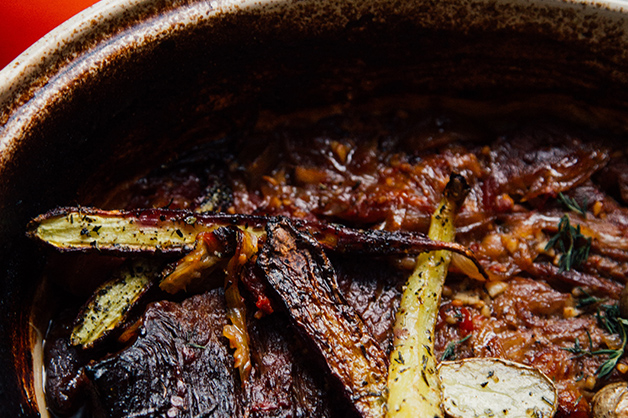 The baste technique involves moistening the surface of the raw meat and allowing it to slowly cook in either their own juices or a marinade to prevent it from drying out. In addition to keeping the protein moist, it also enhances its flavouring, aromas, crispness and colouring. To baste, you can either brush the excess liquid of the meat over the skin or use a basting bulb to extract the liquid and squeeze it back onto the protein.

Wrapping food, typically seafood or poultry, in parchment paper or foil before being baked may sound like an odd request, but the old-school process is now rising the popularity. The cartoccio method stores the juices and seasoning of the food and keeps the produce remaining fresh. Many chefs execute this style of cooking as a way to generate the wow factor with customers once it is delivered to the table in the packaging.

The deglazing technique involved the removal and dissolving of all the browned food residue that remains stuck at the bottom of the pan and turning it into a liquid to create a sauce or gravy. Alternatively, it can also be used to caramelise onions. The browned particles and juices are created during the panfrying process of the piece of meat. 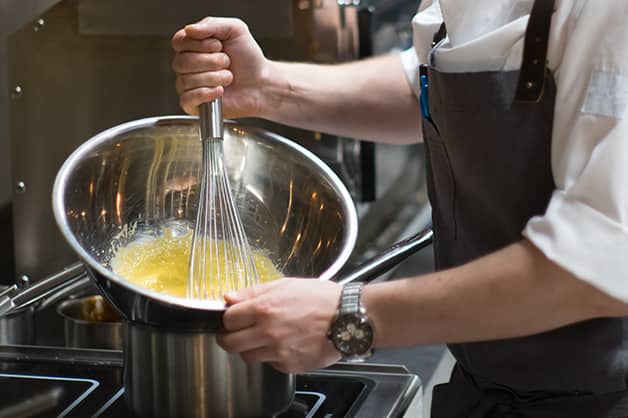 The term emulsify is thrown around when it comes time to making béarnaise sauce, hollandaise, mayonnaise or a clean salad dressing. It involves combining two or more liquids that do not usually mould into one another. The ingredients are commonly a fat or an oil with a water-based liquid, such as vinegar.

The julienne, also known as the French cut, is a cutting technique that’s performed on vegetables, fruit and citrus, sometimes even cheese. It involves the product being sliced into thin strips, the size of matchsticks. The trimmings are meant to have four straight sides to ensure they are all uniformed. This technique can also be used if you are required to produce brunoise, where the produce is then diced into evenly sized cubes. 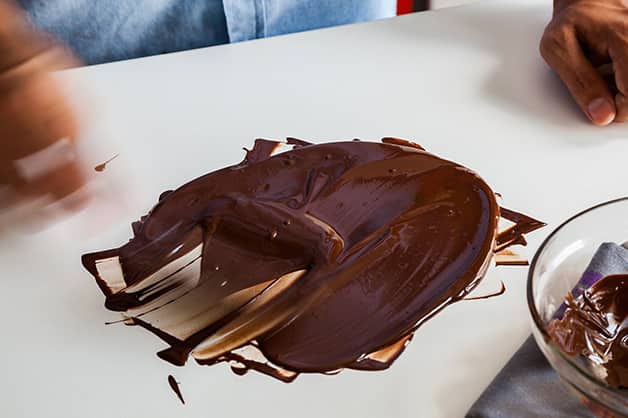 Tempering – a cooking technique that has many meanings and procedures. For cooking sauces, tempering involved heating two ingredients to different temperatures and then combining them at the same temperature. It also includes the process of raising the temperature of a cold or room-temperature ingredient by slowly adding boiling liquid to it in a pot. Though, when it comes to tempering with chocolate, tempering involves melting the chocolate, cooling and then reheating it to specific temperatures. Once it is cooled down completely, it will form a hard, glossy finish, perfect for decoration.

So, next time your executive chef yells out a command from the back corner of the kitchen, don’t glare at him with a sense of confusion. Whip out your tools and show him who’s boss – because now, you know everything you need to get through a day in the kitchen without being the laughing stock.

Download our printable glossary now and it will be sent to you via email. 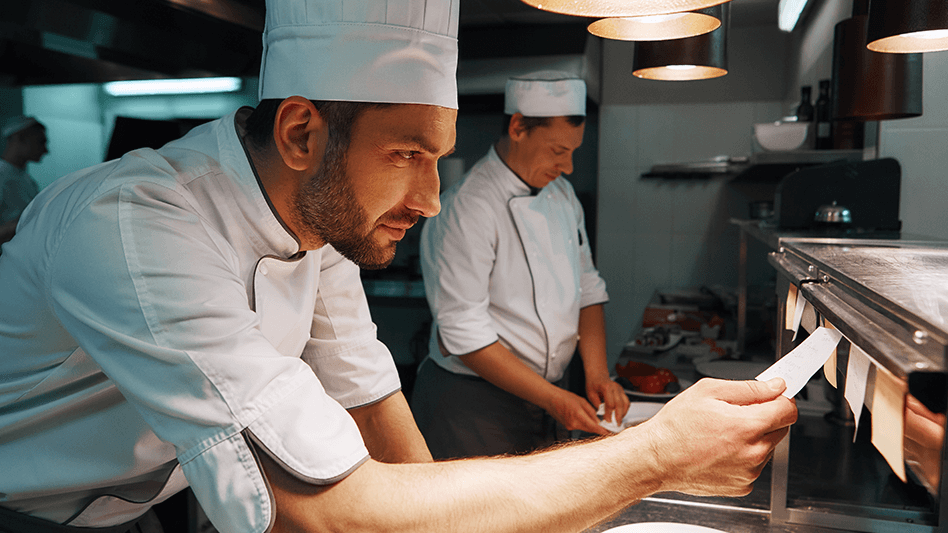