Menu
Home > Ideas > Trends > King of Beans: The ascent of the coffee connoisseur

King of Beans: The ascent of the coffee connoisseur 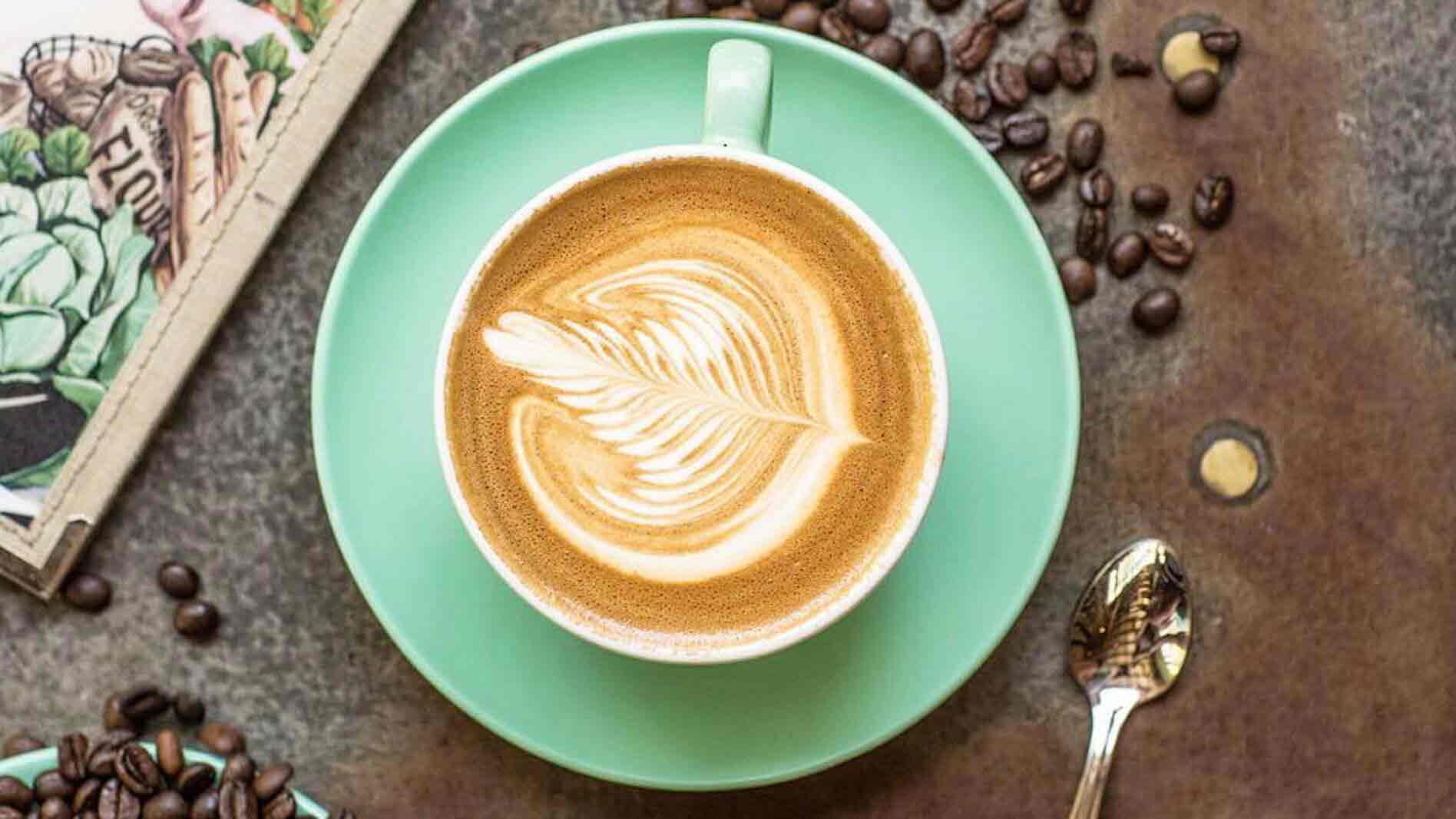 King of Beans: The ascent of the coffee connoisseur

We look into the increasing popularity of coffee and the lessons that you can learn from two of the best in the business.

Sydney is a town with a coffee shop on virtually every corner. Pick a setting to suit your mood; from dingy dives cluttered with reclaimed pallets to slick galleries of beautifully curated designer furniture.

Sydneysiders are willing to travel for their Monday morning pick-me-up, as long as they can get their preferred single origin bean, roasted by their favourite barista. This is a giant leap from our former caffeine-guzzling selves, who were once satisfied by a simple cup of Instant. So where did we make the switch from caffeine addiction to coffee appreciation?

Ramzey Choker, Co-Founder and Director of Sydney’s The Grounds of Alexandria, said the coffee movement was first sparked by a global trend in coffee appreciation, then fuelled by the rise of social media, which made it easy to share trends and techniques.

“I think the appreciation for specialty coffee began ten years ago and it started with the push for locally roasted coffee and a greater focus on quality,” Choker said. 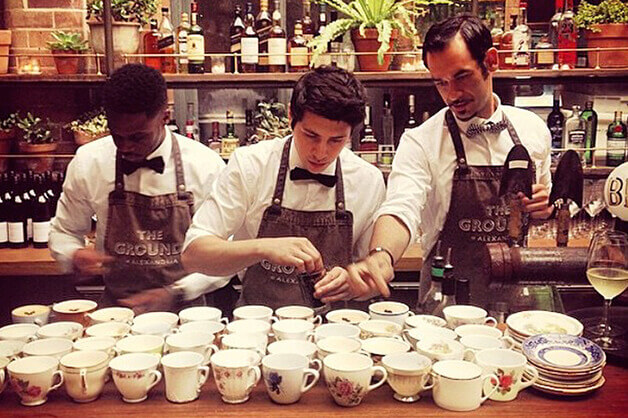 “I believe the movement was really kicked off in 2003 when Australia won the World Barista Championships. In many ways, baristas became the new bartenders; it became cool to be a barista, and passionate baristas began exposing great coffee and more information about the coffee-making process to the masses. With that increased knowledge and information, naturally the standard was raised within the industry.”

One man who would know about the superstar status that comes with being a multi award-winning barista is Dan Yee, one half of the brains behind Artificer Specialty Coffee Bar & Roastery. Yee and his business partner Shoji Sasa are so serious about coffee that that’s all they sell – no biscotti, no muffins, no brunch. Just really good coffee.

Both Yee and Sasa have been dubbed Best Barista by the Sydney Morning Herald Good Cafe Guide and have acted as judges for the Australian Specialty Coffee Association Barista Competition. Both men have experienced the full spectrum of coffee production, from farming to brewing. Artificer is testimony to their respect and passion for coffee as both a healing salve and an art form. 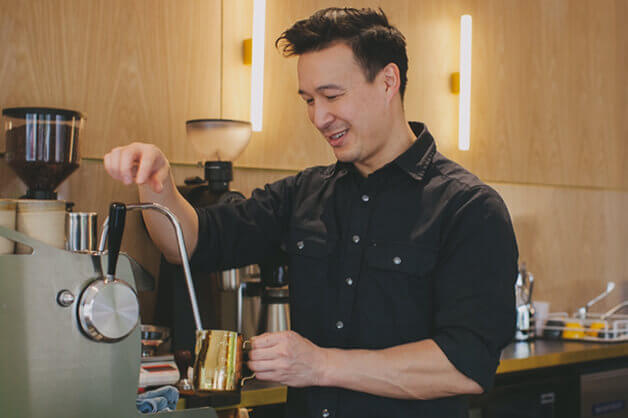 “We just do coffee and buy it in small batches, which gives us the ability to select the beans we want, then decide how to roast and how to brew them” Yee said.

“Trust me, we know it costs more and it’s largely unappreciated, but it depends what is more important to you – the mighty dollar or the integrity of the product.”

The thing that strikes you most about chatting with the coffee industry’s best is the lack of coffee snobbery they exhibit. Each of them shun the stereotype of the professional barista who clutches at his chest if an ignorant pleb dare order a skim mocha.

“A large part of the Artificer Coffee concept is making specialty coffee approachable; meeting people where they are at, yet having the scope to extend their experience of what coffee can be,” said Dan Yee.

“Shoji and I are totally against making people feel bad or stupid for ordering things such as decaf, soy or mochas. We hate that part of the industry and the elitism that surrounds it.” 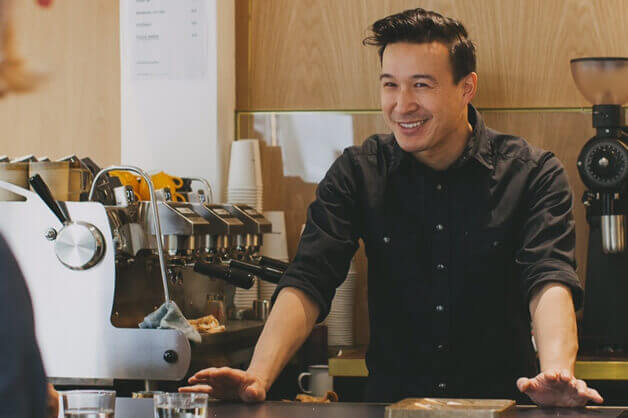 Yee himself says the Artificer Coffee model makes “no business sense” but the fact that his and Sasa’s passion project works is testimony to the reality that Sydneysiders are as serious about coffee as these baristas are.

But it’s not just coffee shops trading in the art of the bean. If you can’t imagine Saturday brunch without a good cup of coffee, you’re not alone. The rise of Sydney’s culture of coffee appreciation means any restaurant worth its salt now knows it must make its mark with coffee that’s as good as its food.

Cafes and restaurants are increasingly aligning themselves with high-end coffee roasters and investing time and money into staff who understand what coffee is about. The industry push to make coffee more than an afterthought in restaurants really began in 2013, when it was revealed that around 30 per cent of Michelin-starred restaurants used coffee pods. Diners were outraged that these restaurants, which traded on the premise of being inventive and meticulous about processes and ingredients, would serve something your hairdresser could make for you. Restaurateurs soon took heed of public opinion, or perhaps they remembered that coffee is the last thing diners taste at their tables, and have since upped their game in the caffeine stakes. 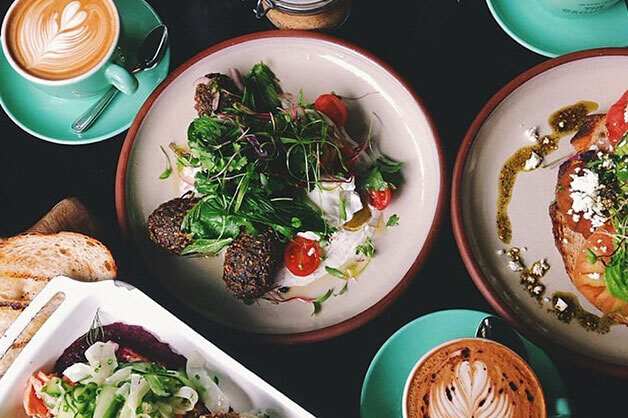 |Image| The Grounds of Alexandria are experts at combining great coffee, with quality food

So what do Aussies really want when it comes to their cup of liquid happiness? According to the experts, the humble flat white and cappuccino are still the most popular beverages.

Dan Yee said you can pack away your halogen lamp and glass siphon brewer; good coffee has nothing to do with theatrics. “At Artificer, we tend to shy away from trends which have no substance or rely on smoke and mirrors,” he said.

“Our customers love our cold brewed coffee (different to slow cold drip) that sells like crazy in the hotter months. It’s exciting to see so many people embrace black filtered coffee when you know they would otherwise stick to their lattes,” Yee said.

Ramzay Choker said cold brewed coffee is great, but the perfect cup of coffee is even better and it’s becoming attainable on a large scale.

“The next big trend I see coming is the emergence of the automated coffee brewing process. Every year you see huge amounts of new equipment being developed to automate or simplify the whole coffee making process,” he said.

Don’t panic, though. Trends come and go, but it’s unlikely your favourite barista’s job will be at the mercy of a robot. After all, you can’t chat up an automated coffee machine and that’s all part of the Monday morning magic, isn’t it?