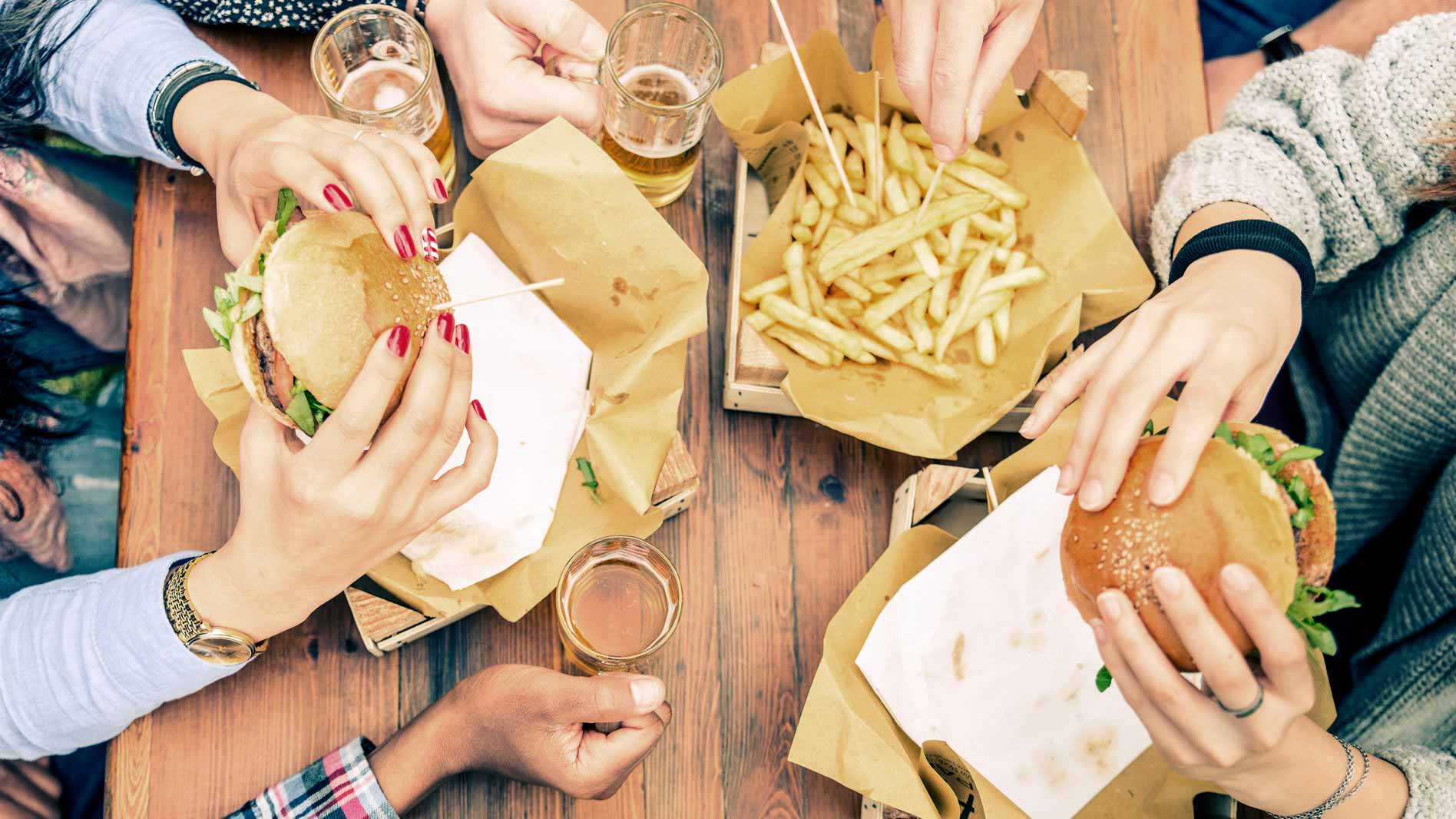 With the rise of instagramable fitness sessions and an obsession with clean eating, the onus has been on fast food to keep up. McDonalds have introduced Salads and now Build Your Burger, but it’s the fine dining chefs that are leading the way.

The public’s demand for “high end” ingredients is on the rise, but its hankering for comfort food just won’t go away. Sure, people want chia seeds and kale during the week but every hipster’s gotta treat themselves sometime and when they do, they want their ethically sourced super foods to collide with satisfying street food. How’s a Chef to ride this new wave of picky gluttony? If you’re following the lead of industry veterans like Neil Perry and George Calombaris, you’re re-thinking the concept of fast food.

Perry, one of Australia’s most recognised and celebrated chefs, is best known for the multi award-winning restaurants in his Rockpool Group, all fine dining stalwarts that have been booked out since 1989. His latest venture, Burger Project, trades the champagne trolley for negroni slushies and the lines of foodies have stretched out the doors ever since they opened in October last year, with more outlets in the pipeline.

Similarly, MasterChef star Calombaris’ Melbourne stomping ground The Press Club is known for its upmarket, deconstructed dishes executed with tweezer-sharp precision. When the media got wind of the Chef sending his son to McDonald’s birthday parties with a healthy packed lunch, it looked as though Calombaris was destined to stick to fine dining his entire career, but he surprised us all with the opening of Jimmy Grants, a salad and souva bar with a Greek sense of humour.

It’s not just an Australian thing; in the US, they call it “the Chipotle effect”; trained Chefs emulating the business models of large, successful fast food chains. The movement has seen a tidal wave of serious restaurant Chefs open cheap and cheerful pizza, burrito and sushi dives, transforming traditional fast food values by prioritising quality food as well as low prices and fast service.

So why are Chefs leading the charge towards fast food and why are the public hot on their heels?

For starters, these Chefs have identified the difference between fast food and real food, cooked fast.

Ingredients matter to the average diner more than ever before; the demand for grass-fed beef is soaring, even though it’s priced at nearly double the cost of regular beef, and the organic industry is now valued at over $1.72 billion. This figure represents a 15.4 per cent compound annual growth rate since 2009 and a record high in Australia.

Perry’s Burger Project is built on the premise of “fast food, slow values”. Burgers are made with Australian grass-fed beef, which is cut, minced and rolled into patties on-site daily.Everything is free from hormones and antibiotics — even the ice cream is churned fresh inhouse daily. In short, this is a proper restaurant kitchen, the burgers are just a bonus. 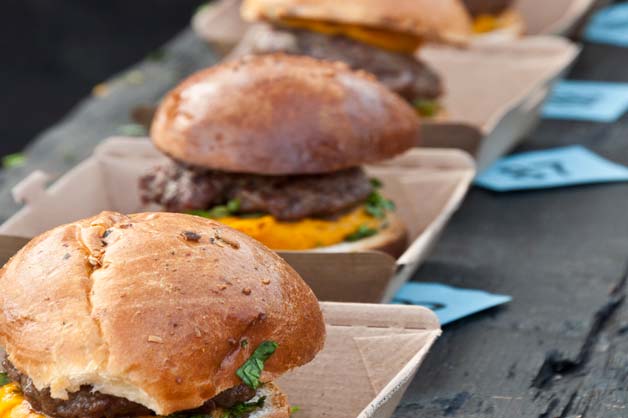 Not only does this ethical food philosophy appeal to the health-conscious public, it gives restaurateurs a point of difference in the cluttered fast food space. It also allows the Chef a creative outlet as adventurous patrons with an appreciation for Perry’s skill in the kitchen come to expect new and innovative flavour combinations (think pavlova ice cream) that you’ll never get at a stock standard fast food chain. Perry cleverly calls these variations “favourites yet to be realised” and the excitement of an ever-evolving menu keeps diners interested as well as keeping costs down and flavour up through the incorporation of seasonal ingredients.

Speaking of costs, let’s tackle the elephant in the room: what’s the logic behind starting a new venture where you can get dinner and dessert for under $20, when your more upmarket dining rooms (which are perennially packed out, even during the GFC) are charging upwards of $180 per head? Economies of scale are important here. The cost of the fast food product, staff and premises is far less than that of the fine diner, but the opportunity for market penetration is far greater. Burger Project in World Square serves more than 1,000 hamburgers per day and its scalability is something that fine dining restaurants can’t emulate. Flipping burgers (even superstar Chef-designed burgers) doesn’t require the skills of the Michelin-starred staff required to make a fine dining restaurant notable. George Calombaris’ Jimmy Grants chain has ballooned rapidly, opening four outlets in just over two years, with more reportedly on the way. The boom proves that ventures respectfully pitched at millenials pay off. The working generation of young people born in the 80s and 90s value the social aspect of dining out and want their meals to deliver on taste, price, quality and experience. It helps if the dishes are Instagram-worthy, too.

Part of the secret to Perry’s and Calombaris’ success in their new fast food joints is that they’re gone the whole hog and designed an honest-to-goodness, tasty fast food menu. They aren’t trying to bring brioche buns or fancy aiolis to the masses. Perry is serving oldschool hamburgers, the type of jaw-unhinging creations you used to get at the milk bar down the street. Calombaris is offering you a slice of Greek culture wrapped up in pita bread; the quality of the ouzo and the hospitality of the staff are just as important as the flavour of the souvlaki. When diners go out for fast food, they’re expecting fast food; Perry and Calombaris understand that a satisfying meal is as much about tuning in to diners’ culinary nostalgia as it is about keeping up with the latest food trends.

This is not a eulogy for fine dining; Google has cached more than seven million articles bemoaning the death of upmarket restaurants, so we think that story’s been well and truly covered. Besides, the continued success of fine diners who do what they do well makes this argument a bit like the supposed death of the book — despite the cries of the doomsday prophets who insist the public’s only buying if it’s fast, cheap and nasty, the convenience of the Kindle has proven to be no substitute for the comforting smell of a freshly opened book, and so it is with food. Chefs in the know are still building temples of indulgence, they’ve just shifted the parameters a little.

Fast food continues to be about giving diners that head rush of happy hormones, but it’s now also about serving something that’s actually nutritious.

It’s also about provenance, community and sustainability, and that’s something only well thought-out, Chef-run establishments seem to be delivering. 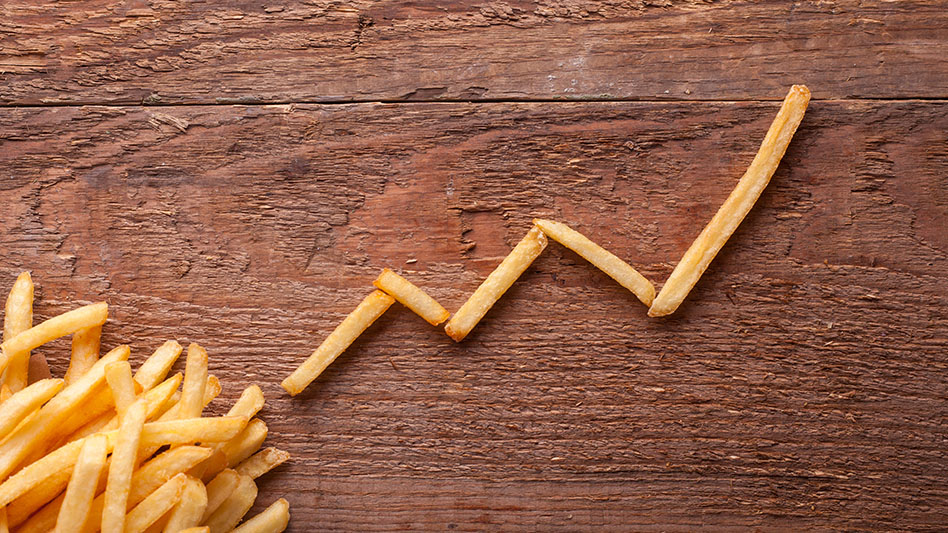