How women in hospitality are dominating the industry 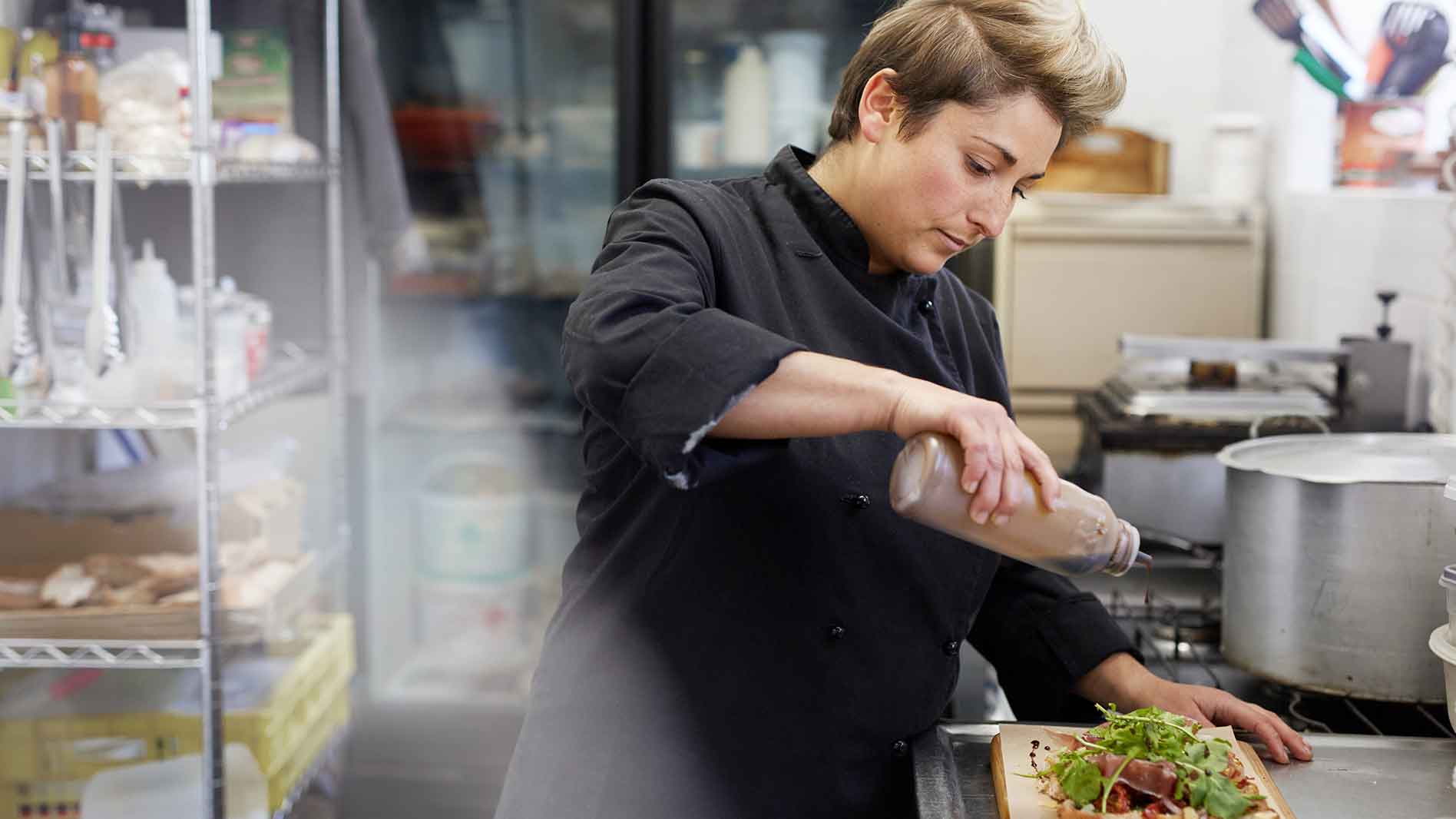 How women in hospitality are dominating the industry

It’s no secret the world of hospitality is a male-dominated industry. But as time goes on, female chefs are beginning to influence the sector with their love for food and cooking.

Thanks to the likes of renowned Australian chefs, Kylie Kwong, Maggie Beer and Anna Polyviou, female chefs are beginning to find inspiration to join the hard-working industry. Over the years, Anna has gained success for her unique desserts, while Kylie rose to fame after the success of her first restaurant, Billy Kwong in Sydney, which had a commitment to using organic and biodynamic foods.

Then there’s Maggie, who became a face for female chefs after accumulating a career as a chef for five decades despite never receiving formal training. She is also one of the few chefs who has been awarded the Member Of Order Of Australia for her service to the hospitality industry. 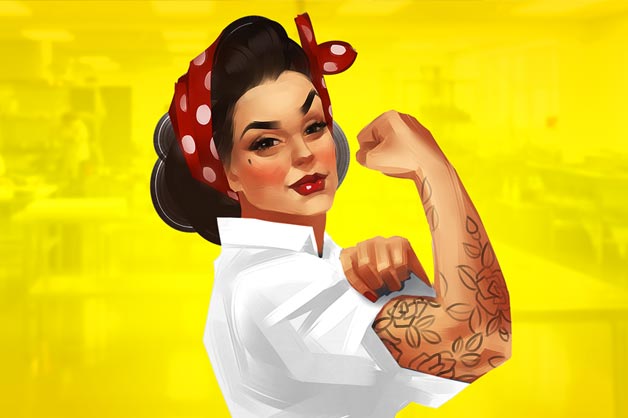 So, with so many success stories for Australian female chefs, it’s no surprise the number of enrolments is increasing. In 2017, William Angliss Institute Culinary School reported that 54 per cent of their enrolments were women, up from 39 per cent in 2006, according to Good Food.

Those figures also reflect the number of restaurants that are solely run by female chefs, not only in Australia but also overseas. Melbourne’s Anchovy Restaurant is one of the few high-profile Australian restaurants run by a female team, while in the U.S Sara Kramer’s restaurant, Kismet is also operated by a team of women.

Speaking to Goodman Fielder Food Service, owner of Anchovy, Thi Le admitted she wants to be a role model for her fellow female chefs but she is also ready for society to erase the gender labelling. Anchovy opened in 2015 and within a year was ranked 87 in Australian Financial Review Top 100 Restaurants.

“In the early days with all this talk about male and female, it used to make me angry because how I see it is that there is no difference between male and female. A chef is a chef,” she said. “It’s not about promoting the male or the female, it’s about putting yourself out there to be a role model for females or even males who want to join the industry.

“I want to be able to show them that you can start off in a small restaurant, grow yourself organically and become successful, no matter what your gender is. I think in the last couple of years, there has been more talk about female chefs rising to the top and that is fantastic,” she said.

Restaurant and Catering CEO, Juliana Payne explained to Goodman Fielder Food Service the rise in women working in hospitality is due to the change in Australia’s cultural upbringing. “There are certainly more women becoming involved with traditional areas like the chef or the cooking roles,” she said. 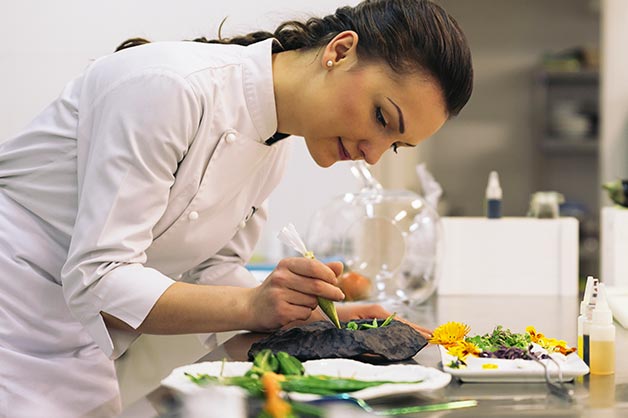 “As our culture and society changes, it opens the doors to jobs and professions that previously were just never thought of that women would go into that role. As our awareness and our society is changing, young women don’t even have it in their mind that these roles are a man’s job or a woman’s job,” Juliana continued.

“The beauty of how our culture is changing is that young women just think, ‘I am passionate about cooking, I will be a chef’. It is great to see because it means everyone has the chance to follow their dream and follow their passion without having to think no I am not allowed to do that,” she concluded.

But despite the increase of female chefs joining the world of hospitality, the majority of head chef positions are still being occupied by males. Only 18 per cent of head chef jobs worldwide are currently being held by women, according to not-for-profit Parabere Forum.

According to Group Michelin’s 2018 Michelin Guide, there are only 20 female chefs out of the 166 starred restaurants from the U.S, 44 out of the 365 in Italy and 19 out of 195 in Spain. Despite these figures, female’s interest in becoming chefs and holding key roles within the kitchen are beginning to rise, as the stigma of it being a male-dominated environment shifts.

And while the stigma over the industry begins to change, so does the overall culture held back of house. Renowned Australian chef, Liz Egan told Goodman Fielder Food Service that a female chef brings a different culture to the kitchen.

“Until you get to the top as a woman, it is really hard because you are not seen as being as tough or strong as the male chefs,” she explained. “But when you get to the top, you can then change the culture in the kitchen. 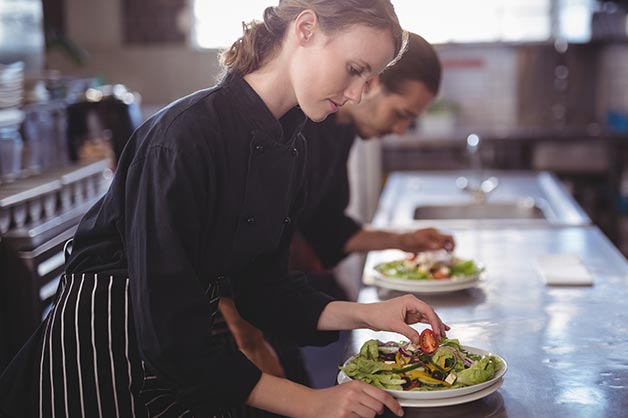 “I don’t know one female chef who runs a cultured kitchen based on getting results by yelling at people, because we all know that is the opposite way to get results,” she continued. “I am not saying wrap them up, I am saying there is no point yelling and carrying on. Once a woman gets to the top, they can change that culture and hopefully the guys that she is training, will come away and run their kitchens that way too,” Liz concluded.

Also supporting the rise in women in the kitchen and encouraging more to become involved is Bar Machiavelli’s, Paola Toppi. To celebrate International Women’s Day earlier this year, she posted on their website her own personal story about gaining success in the kitchen.

“I am a second-generation restaurant owner-chef, sharing a combined 100 years of cooking with my mother Giovanna,” she began. “Mum and I both managed to raise a family while running busy restaurants. It definitely wasn’t easy – restaurants never are.

“However, it has been done, and can be done,” she added. Paolo continued to praise female chefs while explaining they have a “few competitive advantages” compared to the male chefs.

“I think women do arguably offer a different type of cooking. We’re not fussy with our food or quick to adopt new cuisine fads,” she said. “I think female chefs are focused on the customer eating and enjoying their food. To me at least, it’s all about the taste and consumption.”

So, while there continues to be a gap between male and female chefs in kitchens across Australia, the number of chefs willing to make a change and alter the stigma is certainly changing. And as the increase inequality in hospitality continues to rise and gain traction, female chefs hope that one day, they will only be referred to as “chef” without the inclusion of their gender. 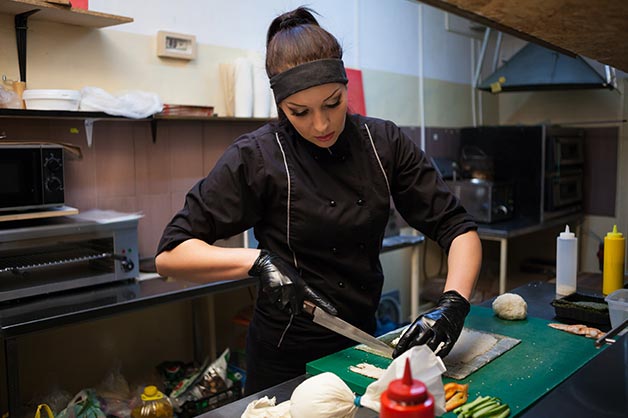