What does apple cider vinegar do: the latest food craze affecting your menu offering 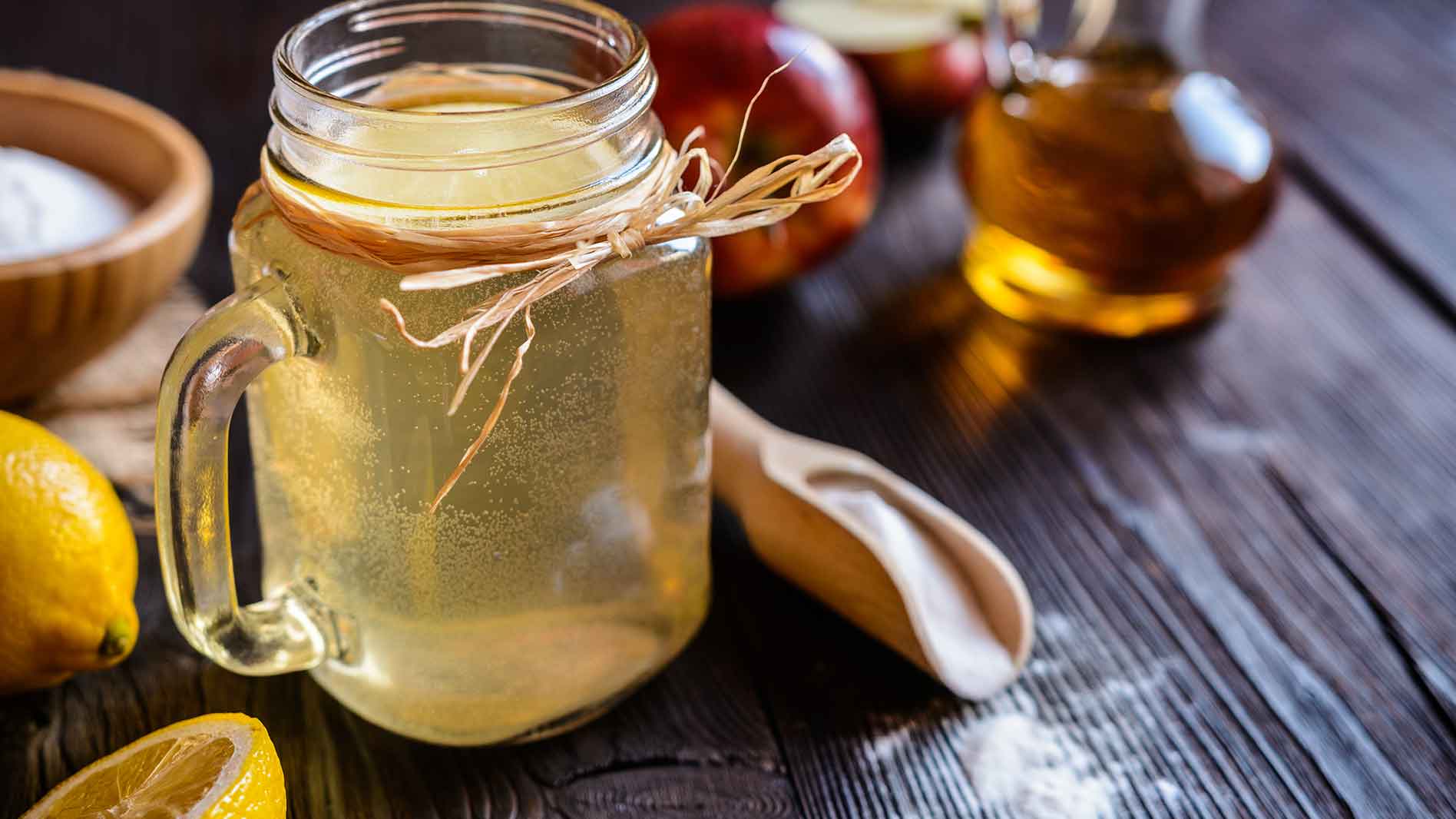 What does apple cider vinegar do: the latest food craze affecting your menu offering

Three years ago, vinegar was the ingredient chefs used to get a boost of flavour for their cooking. Fast forward to 2019 and vinegar, in particular, apple cider vinegar has transformed from a kitchen basic to a lifestyle hero, thanks to the latest gut health trend that has been taken on by consumers. So, what does apple cider vinegar do?

Recently, consumers have shown a real interest in health, in particularly the well being of their gut, which has resulted in unproven techniques being used and consumed when dining at home and out at restaurants. According to Google Trends, interest in gut health has increased amongst Australian search engine queries over the past few years with searches peaking in January 2019; as revellers looked to recover from their festive season over indulgence and set lofty new years’ resolutions. The gut health craze has left customers consuming foods such as fermented fruits and vegetables, apple cider vinegar and high fibre products with belief they are beneficial for the gut.

So, that’s where your kitchen staple, vinegar comes in. Vinegar is an acidic liquid produced through the fermentation of ethanol alcohol and is used throughout the kitchen as a dressing or baking ingredient.

Whereas, apple cider vinegar is made from fermented apples and is utilised across the menu as a dressing, marinade and within chutneys. Thanks to their high fermented ingredients, these two products have been found to be amongst the most popular foods and drinks on the market for consumers following the health trend.

The hype behind the consumption of vinegar and apple cider vinegar:

While still remaining as a mainstream kitchen ingredient, vinegar is now being heavily linked to the craze of keeping your gut healthy. As more customers are becoming conscious of their overall health, many are opting for vinegar infused foods and drinks to provide them with a boost; whether it is to improve their overall well-being or simply just a cleanse.

Consumers believe vinegar, in particular, apple cider vinegar, helps with their overall health including the state of their gut. Despite these thoughts, Accredited Practicing Dietitian, Lauren McGuckin explains to Nine Coach, “there is not enough good quality evidence to confirm that consuming apple cider vinegar [or vinegar] will improve our gut health or cholesterol levels.”

A report by Harvard Health also reports that there was no evidence vinegar helped improve health. “The scientific evidence that vinegar consumption (whether of the apple cider variety or not) is a reliable, long-term means of losing excess weight and treatment is not compelling,” the report says.

Despite studies proving the consumption of vinegar and apple cider vinegar doesn’t benefit one’s overall health, many individuals are still following the craze, thanks to the world of social media and influencers. 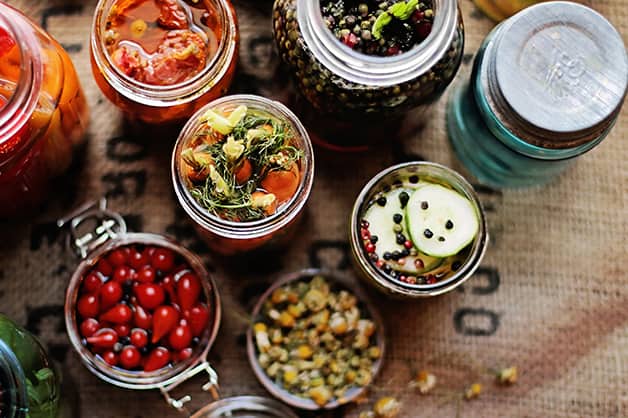 How your kitchen can cater to the trend:

With more and more individuals following the hype surrounding apple cider vinegar it is leaving chefs wondering, “how do we keep up?” To retain customers and attract new ones, venues are now adding health-based shots and drinks to the beverage menu, as well as meal offerings.

Earlier this year, Australia received its first dedicated gut health bar, which opened in Noosa. Jungle & Co caters to the demand of gut health foods and beverages through locally-sourced ingredients that help the body retain its balance.

Co-owner Vladia Cobrdova explains the idea of opening the gut health café was to cater to a large audience who wanted to better their overall health. “Gut health is a trend because people now really feel the side effects when their gut doesn’t feel well,” she tells Goodman Fielder Food Service.

“People are realising there are a lot that happens within the gut. Everyone has a gut and everyone has a story,” she says while explaining Jungle & Co focuses on supplying “good, proper, nutritional foods that really nourish the body”.

“We prepare food very differently to other venues,” she says. “We soak all our grains, we use organic produce, we use all local fruit and vegetables, as well as local honey and local meat. We also have 20 different varieties for salads on offer because your gut thrives off variety,” Vladia says.

Along with specific gut-friendly meals, the café also offers gut shots – a concept that is also being implemented across cafes in Sydney and Melbourne. While they vary from venue to venue, typically, a gut shot is made from various fermented products, such as sauerkraut and kimchi juice. These formats of beverages are consumed by customers with the belief they help improve overall health.

Along with the addition of shot-style health drinks, venues are also adding pickled vegetables to their menu. Pickling is the process of preserving or extending the lifespan of fruit or vegetables by either anaerobic fermentation in brine or immersion in vinegar. With strong flavours forming during the procedure, pickled vegetables work well alongside both fish and meat ingredients, making it an easy addition to a menu.

Farm-to-table restaurant in Camperdown, Acre have made a name for themselves for their incorporation of pickled vegetables. The staff at the venue produce pickled solutions for their menu on-site, weekly to keep up with the booming trend and demand from their customers.

Speaking about their solution for the trend, Head chef Ludo Gendre explains to SBS that most of their creations are vinegar-inspired pickles. “It’s just a matter of your own taste and what you like. There’s not really a golden rule when it comes to pickling,” Chef Gendre says.

While the trend continues to attract customers, Chef Gendre insists pickling with vinegar is a skill all chefs should learn and keep. “The pickling liquid is a base that everyone can make their own – add more or less sugar, use different kinds of vinegar, add extras such as onion or herbs,” he details.

How to add vinegar-inspired foods across your current menu:

Pushing aside the rise in pickled vegetables and gut health shots, chefs are now incorporating vinegar into their everyday offering by switching around their current cooking ingredients. From making their salad dressing and marinades from scratch with vinegar to replacing lemon juice in a dessert; here’s how you can do it too: 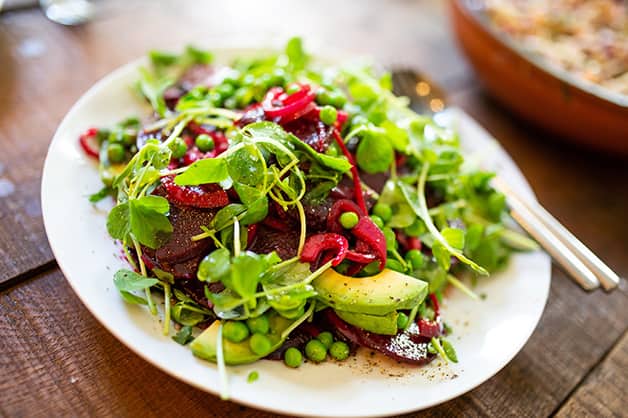 So, despite studies claiming the consumption of vinegar and apple cider vinegar don’t have any links to health benefits, customers are continuing to still follow the trend. So, to ensure you are meeting their expectations, it may be time to alter your menu.

Whether it is simply adding a health shot inspired drink to your beverage menu or pickled vegetable options as a side offering, each component will satisfy your customers. Though, if you are worried that the extra vinegar order may take up too much space in your pantry and won’t be used, there are a number of different ways you can incorporate it across your whole menu.

From creating salad dressings and marinades to pouring it into your cocktails or within your baking goods, vinegar and apple cider vinegar can be used in a variety of ways across your offerings. While current data show the trend of apple cider vinegar is dropping amongst Australians, it is still important to show your customers you are following the craze. So, make subtle changes to your menu and stay ahead of the curve.

Is your venue currently adjusting to the vinegar and apple cider vinegar trend? Tell us how.

From takeaway staple to a gourmet delight, here's how burgers have changed over the last 130 years.
Read more