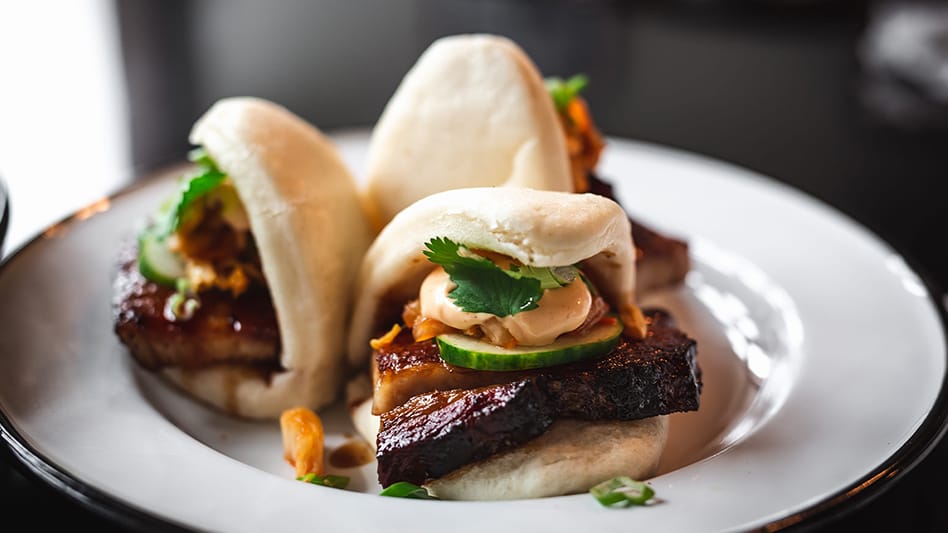 It’s time to crack the chopsticks and embrace the Asian fusion flavours in your Aussie restaurant today! The Asian fusion phenomenon has reached new heights in Australia in recent years with more and more menu’s serving delicious Asian inspired dishes such as katsu chicken burgers & cheeseburger spring rolls! As the west-meets-east phenomenon continues to gain traction, Aussie chefs are redefining the way we enjoy Asian cuisine by creating unique flavour-packed dishes that break conventions and cause a stir. And, with over 14 million Australians opting for Asian cuisine as their most favourite, it’s a trend that promises to stick around.

As the west-meets-east phenomenon continues to gain traction, Aussie chefs are redefining the way we enjoy Asian cuisine by creating unique flavour-packed dishes that break conventions and cause a stir. And, with over 14 million Australians opting for Asian cuisine as their most favourite, it’s a trend that promises to stick around.

How can chefs incorporate Asian-fusion cuisine in their menus?

What you choose to highlight and how you bring Eastern flavours into your restaurant menu will depend on what type of restaurant you run. Gastropubs are often easier testing grounds to experiment with Asian flavours, as there’s almost always an existing element of adventure in the dishes they serve up. On the other hand, if you run a Spanish tapas restaurant, you might find that seamlessly incorporating Asian ingredients can be more challenging. Your best bet is to play around with flavour combinations and keep an eye out for what similar restaurants are doing.

To get the ball rolling, here are a handful of ways you could get the conversation started. 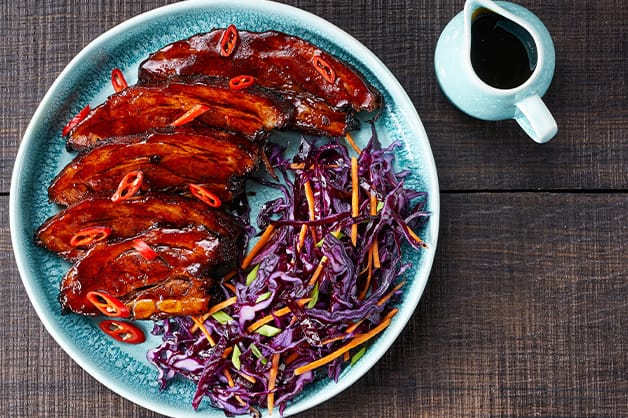 Almost all Asian-fusion restaurants you visit these days will have some sort of crispy-skinned pork belly dish on the menu. Usually cubed and slow-cooked in a spice-infused broth, before cubing, wok tossing in a mixture of chilli, garlic, mirin and honey, this melt in your mouth concoction has earned its stripes on the Australian Asian-fusion food scene.

For menu inspiration, hit up China Lane in Sydney or Mr Wong just around the corner. These two Sydney Asian-fusion restaurants have been battling it out for the proverbial title of Best in Show for sticky pork belly dishes since their inception a few years ago. 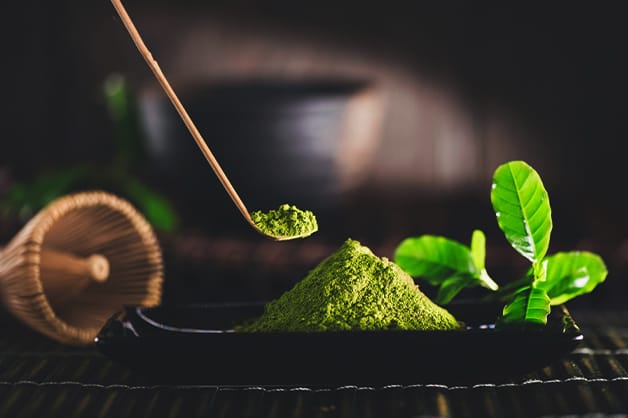 Matcha is a finely ground powder made from green tea leaves, originally popular in East Asian cuisine. The great thing about Matcha is that it’s versatile and can be showcased across a broad range of dishes.

Cafés can experiment with matcha lattes, while pubs and restaurants could consider adventurous combinations like Katsu chicken burgers with matcha buns, or desserts like white chocolate and matcha panna cotta. 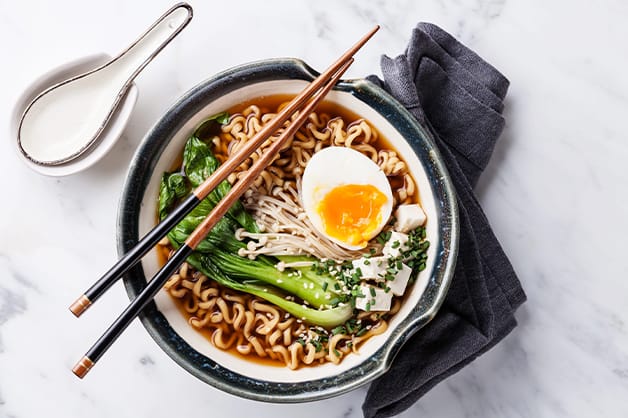 Legend has it that there are several ramen-crazed “gen X-ers” on the hunt for the best Ramen in Sydney, and they’re coming out in droves. There’s little surprise why; Australians love flavoursome food that offers up a versatile palette and range of textures.

Ramen is your quintessential modern Asian dish that ticks all the right boxes; sweet, savoury, sour, spicy and umami. Authentic Ramen used to be the flavour of the month, but chefs are now creating their own variants of the dish to set themselves apart from the masses.

To get an idea of just how profoundly adventurous you can make a Ramen dish, take a dive into Sydney’s hottest Ramen house, Butter. From their menu, you’ll find Tonkotsu Ramen bowls topped with their famous Southern Fried Chicken, made with a chicken and dashi broth, two crispy chicken tenders, noodles, soft boiled egg (traditionally called Tamago), and enoki mushrooms. 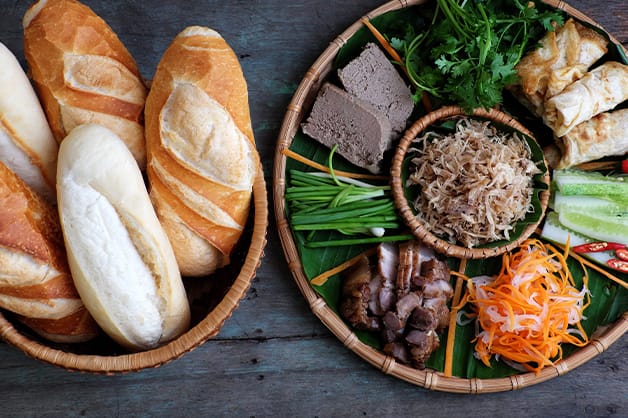 The origins of the Vietnamese Banh Mi stems from the country’s strong French Colonial influence, so you can’t get more fusion than that!

Traditionally consisting of a soft baguette stuffed with such vegetables as pickles, carrot, coriander, chilli, cucumber and protein options like sliced pork and homemade pate, it’s fresh and flavoursome notes fit in well with our warm Aussie climate and outdoorsy lifestyle.

A quick walk through the suburbs of your closest town, and you’re bound to stumble upon Banh Mi hybrids with exciting combinations to make you say to yourself, Why didn’t I think of that? Some cafes and bakeries are dishing up Portugese chicken-style Banh Mi and even Chicken schnitzel! The versatile flavours of the Banh Mi’s original give you a blank canvas to play around with flavours and cuisines. Why not try this crunchy caramelised pork Banh Mi roll recipe? 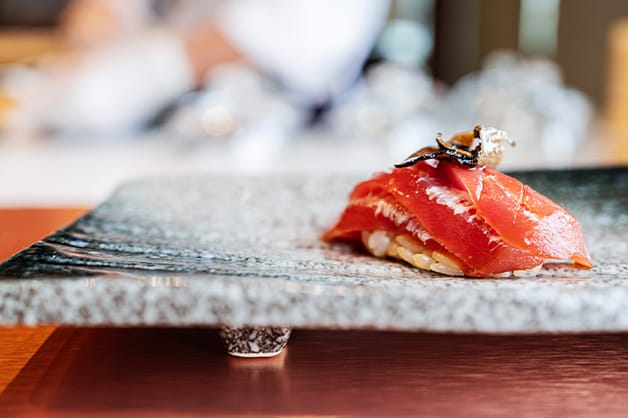 Whilst truffle and Asian cuisine only really became friends in the last ten or so years, the umami flavours in truffle make them the perfect companion for many Japanese dishes like edamame and Udon noodle soups. Truffle screams decadence, and when paired with the often delicate flavours of Japanese cuisine, you can create dishes that complement each element without one flavour overpowering the other.

One way of using truffle in Japanese cuisine is with dishes like the traditional Kamameshi, a Japanese name for “kettle rice”, referring to a cast iron pot that it’s usually cooked in. To make your own fusion version of Kamameshi, simmer the rice in truffle and dashi along with other traditional elements for an added touch of luxury. Serve with stir-fried vegetables for crunch and flavour.

The traditional Taiwanese street snack Gua Bao originally consisted of a soft pillowy steamed bun stuffed with stewed red pork belly, pickled mustard, coriander and ground peanuts. They’re full of flavour and when cooked perfectly can be exceptionally moreish – you can never stop at one!

Their snack-like qualities could be one reason they’ve become so popular in Australia, where our active lifestyles have encouraged more fast and fresh options to hit our food scenes. They can be easily held in one hand, making them the perfect grab-and-go snack to have at a local hole-in-the-wall before a night at the pub with friends or as a sit-down meal, where chefs can showcase their diversity with a range of different flavours and ingredients.

Why not opt for a combination of three or four different styles on your menu? Like fried chicken with aioli and pickled onion, or popcorn prawn with coriander and fresh chilli? Offering a range of bao options on your menu gives your customers the choice of a variety of different flavour combinations or one or two of their all-time favourites.

How have delivery services affected the hospitality industry, and what can restauranteurs do now to prepare for the future?
Read more