Rice is one of the most commonly consumed foods in the world. It’s versatile, sustainable, easy to prepare and a delicious base for many different cuisines.

With over 40,000 types of rice available across across a vast range of shapes, sizes and colouring,  it’s no wonder rice is a kitchen staple.

To help bring your rice dishes to life, we’ve created a list of rice types and where they work best on your menu. So, have you been using the wrong rice all this time?

First, what is the difference between short grain rice, medium grain rice and long grain rice?

While rice comes in a range of types, it’s categorised into three sizes with each having their own distinct characteristics and specific dish uses.

Short grain rice: forms an almost rounded shape when cooked. Due to it being very starchy, when cooked it becomes soft and develops a sticky texture. The stickiness of the rice makes it the perfect choice for risotto, paella and sushi recipes. It can come in the styles of: 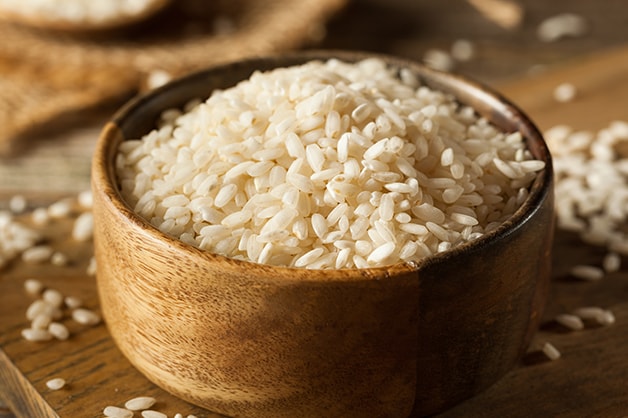 Medium grain rice: is twice as long as it is wide when raw. Its shape is typically associated with dishes that utilise liquid during the cooking process, such as stews, curries and puddings, as it becomes moist, tender and creamy. Medium rice is available as: 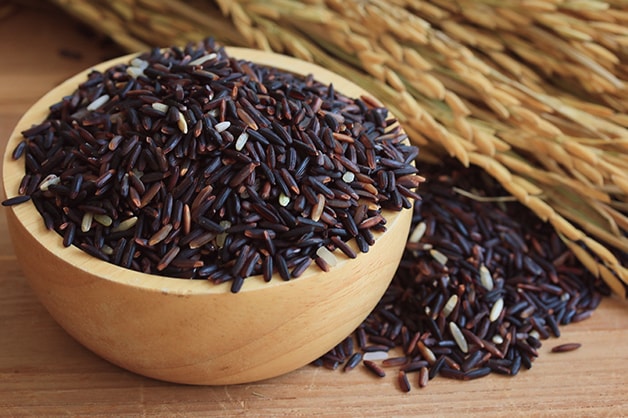 Long grain rice: is three to four times longer and wider than short or medium rice when uncooked and cooked. Due to it having less starch compared to its fellow rice styles, it develops a drier, fluffier texture once cooked. This causes it to become more separate, making it the perfect option for fried rice and pilaf. Typical long grain rices include: 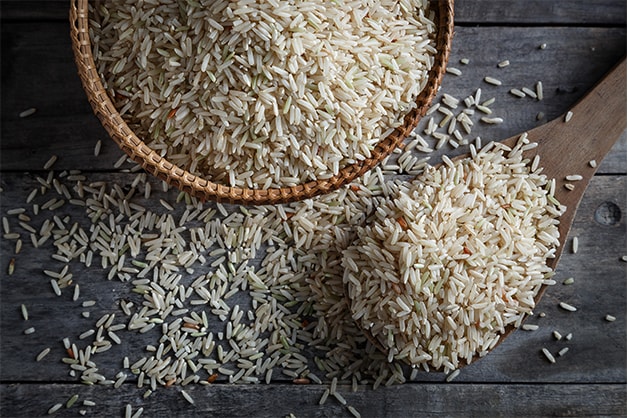 Now let’s get into the most popular types of rice on the market: 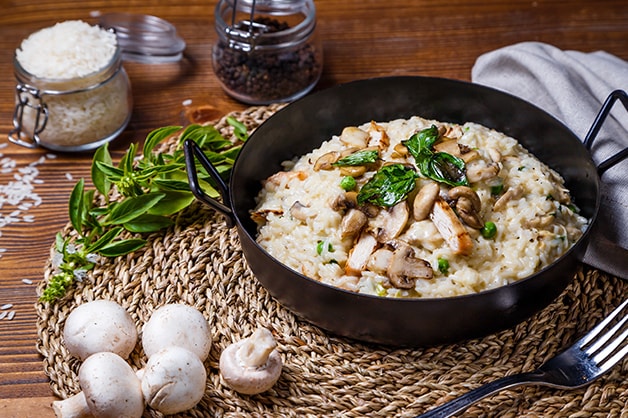 Arborio rice is a traditional Italian short grain rice, which is rich in amylopectin starch, allowing it to absorb liquid and flavour over a slow cooking period. It’s oval in shape and milky white in colour. When cooked Arborio becomes chewy and creamy, making it the most preferred choice for risottos and arancini (fried rice) balls. Along with classic Italian rice dishes, it is also perfect for richer rice dessert dishes like puddings. 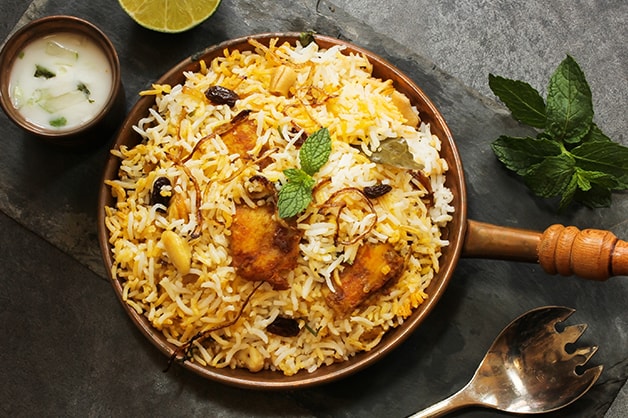 Basmati rice is native to India, where more than 70 per cent of the world’s basmati is produced. Before being harvested, it is aged for one year to produce its popular robust flavour profile and fragrant aroma. It’s recommended to be cooked using the typical boiling method, but soaking for an hour or more beforehand to ensure the best, fluffy result is achieved. Brown basmati rice is also available to chefs and has a higher fibre content and stronger aroma compared to white. Basmati rice is an aromatic long grain rice that’s typically used within Indian, Middle Eastern and Central Asian cuisines. It works best in dishes like pilaf or biryani or as a side for curries and stews. 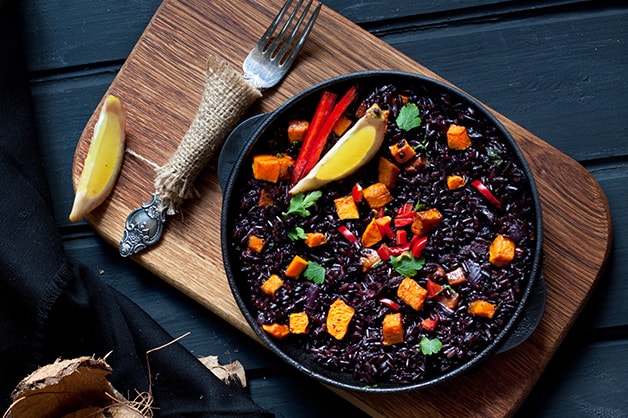 Also known as purple rice or the forbidden rice, black rice is a medium grain rice that is frequently used in Asian cuisines. The eye-catching rice is named after its raw appearance and has a high anthocyanin content and a good source of antioxidants, iron and vitamin E. Black rice has a nuttier flavour offering and softer texture, making it ideal for dishes such as porridges and puddings. Due to its rarity, black rice can be expensive and is usually blended with brown rice. 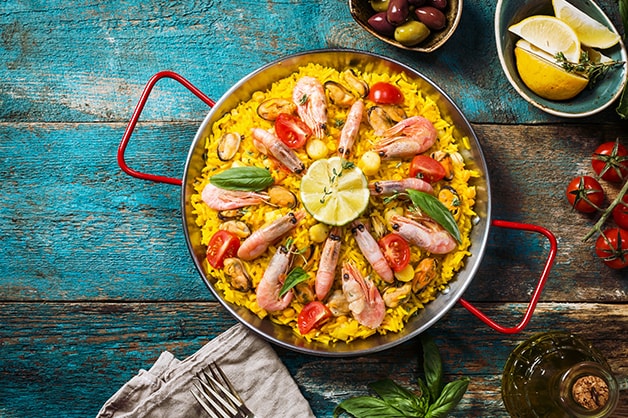 Bomba rice, also known as Valencia rice, is cultivated in Spain and is the preferred choice of rice when it comes to making the traditional paella. Bomba is a short grain rice that is highly absorbent. In fact, it can absorb twice as much liquid as long grain rice but without forming a sticky texture. Due to it being able to absorb more liquid, this style of rice requires more water during the cooking process. 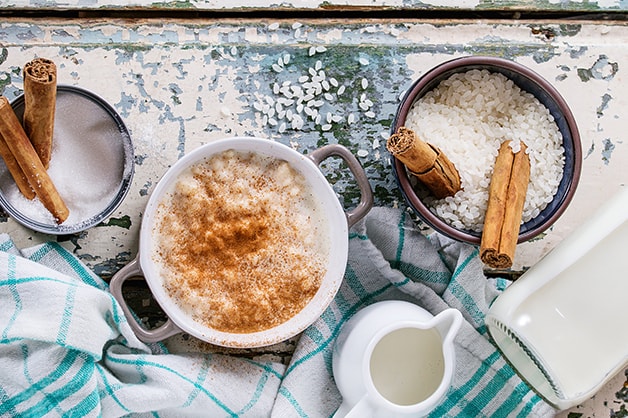 Popular in South Eastern and Eastern Asian cuisines, glutinous rice is a short grain that forms a glue-like texture once cooked due to it having a low amount of amylose. Also known as sticky rice, it is primarily used in breakfast or creamy sweet dishes, such as puddings. When it comes to cooking glutinous rice, soaking it for an extended period of time beforehand is recommended, as the rice can absorb enough water, cutting down the steaming time. Glutinous rice must be steamed rather than boiled, otherwise it will fall apart and form clumps that wouldn’t be suitable for dishing. 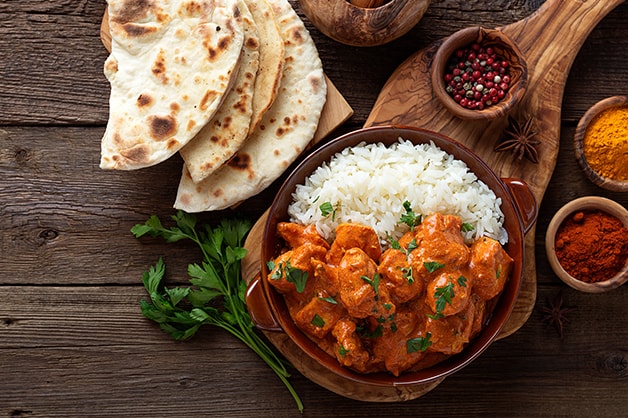 Jasmine rice is a long grain rice that is known for its mild but sweet flavouring and fragrant aroma. Originating from Thailand, jasmine rice is a staple product for Thai and Cambodian cuisines. Generally prepared using the standard boiling method, this type of rice forms a slightly sticky texture when cooked. Jasmine rice is typically served plain as a companion to dishes, such as curries and stir fries with grilled, fried or braised foods. Brown jasmine rice is also available for purchase and offers a flavour similar to oats. 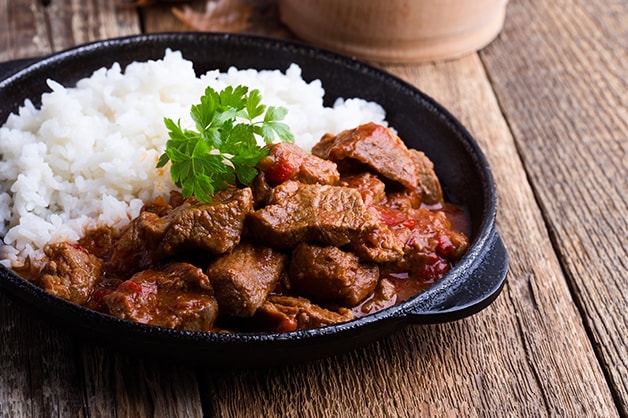 Matta rice is a medium grain that is reddish in colouring and typically grown in India. It’s best known for its robust, earthy flavouring and its coarseness. Compared to other rices on the market, matta has a longer cooking time and requires extra water during the boiling process. In fact, matta is traditionally double cooked to ensure its fluffy texture is achieved. Besides the time it takes to cook the rice, it is well suited across menus that heavily feature lamb and beef, curries and stews. 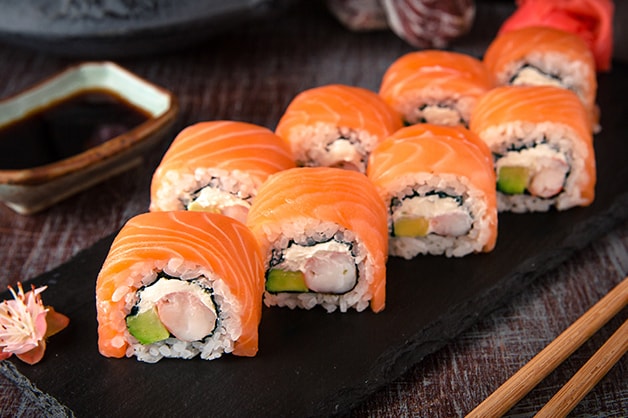 Yep, that’s right there is a special rice specifically for sushi. Sushi rice is a short grain, white Japanese rice that is known for its stickiness and ability to mould together. Once it is washed, soaked and cooked via the basic boil method, it is combined with rice vinegar, sugar and salt prior to being moulded for sushi. Other than the traditional Japanese offerings, sushi rice isn’t normally used across other applications.

The different meaning of their colouring and claims:

Brown, white, instant, parboiled and wild rice don’t refer to the type of rice but to the method that the rice has been processed before it’s sold on the market. So, here’s the true difference between them: 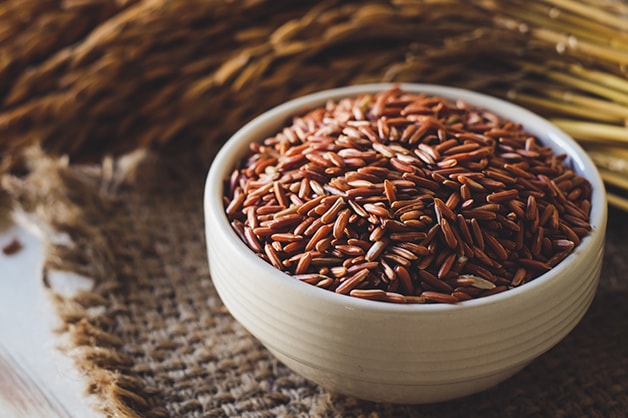 Brown rice is a whole grain, which is like white rice but has only had the outer hull removed. Brown rice has a tenser texture and nuttier flavour compared to other rices and is often referred to as the healthier option. While it comes in short, medium and long grain varieties, its ability to be used across menus is powerful. Brown rice can be paired with most dishes, whether it is within a salad or as a side component for curries and stir fries. But it may not be suitable for dishes where you are after a cleaner, less noticeable flavour. 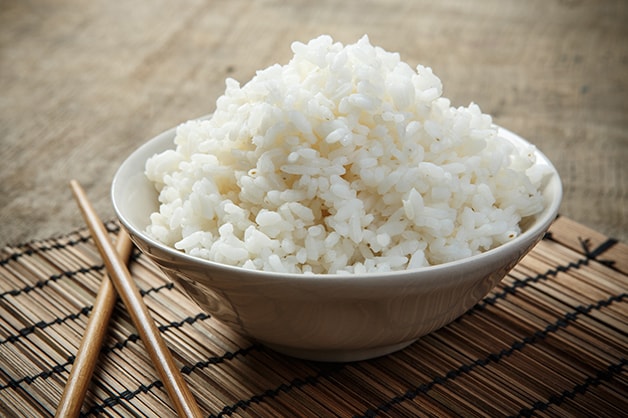 White rice is widely used across kitchens in Australia thanks to its versatility. White rice has had its husk, bran and germ removed during the production process. It is a fluffy grain that separates easily when cooked, making it suitable for pilafs and salads or as an accompaniment offering with chicken, meat and vegetables. White rice is one of the few products that you can store in your kitchen’s pantry for long periods at a time, as long as it is cool and dry.

When it comes to parboiled rice, the process is long and complicated. It is a type of rice that has been partially boiled in the husk using the three steps of soaking, steaming and drying. By doing this, the rice is easier to process and increases its nutritional profile, as they have all been absorbed into the grain before the husk is removed. Due to its in-depth process, parboiled rice is less sticky compared to regular rice and can absorb liquid without turning soggy. It also has a longer cooking time compared to regular rice and turns a light, pale yellow once cooked. While it is hard to find, parboiled rice is suited to thick curries and stews. 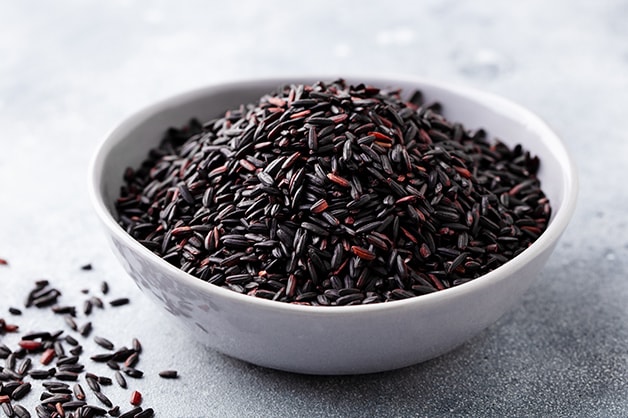 While technically not a rice but rather a whole grain, wild rice is native to North America and harvested from four species of grasses. It is acknowledged as part of the rice family due to its similar looks and cooking methods. Though, it is important to remember that soaked wild rice cooks 50 per cent faster than standard rice but can turn gluggy if overcooked. When it comes to texture, wild rice is chewy and offers an earthy, nutty and toasty flavour. It can be used within pilafs or as a combination with plain cooked rice varieties, such as white rice.

The name basically tells the story… instant rice is white rice that’s been precooked and dehydrated. While regular rice takes between 18 to 30 minutes to cook, instant rice is ready to hit the table within one to seven minutes – making its speedy cooking time one of its major benefits. Some chefs prefer to recook the rice with boiling water, while others use the trusted microwave to bring it back to life. And while time certainly leans in favour of instant rice, one of its major disadvantages is that is can be more expensive (so adding unnecessary costs to your bill), it can have a loss of flavour and become less firm in texture.

Conclusion: There are many different types of rice on the market and selecting the right one for your dishes is important because if you choose wrong, you could end up with an unappealing soggy mash and irate customers. Meaning, you will literally be throwing your cash down the drain. Take the time to research what rice will work with your dishes and invest in purchasing the one that will deliver you mouth-watering results. 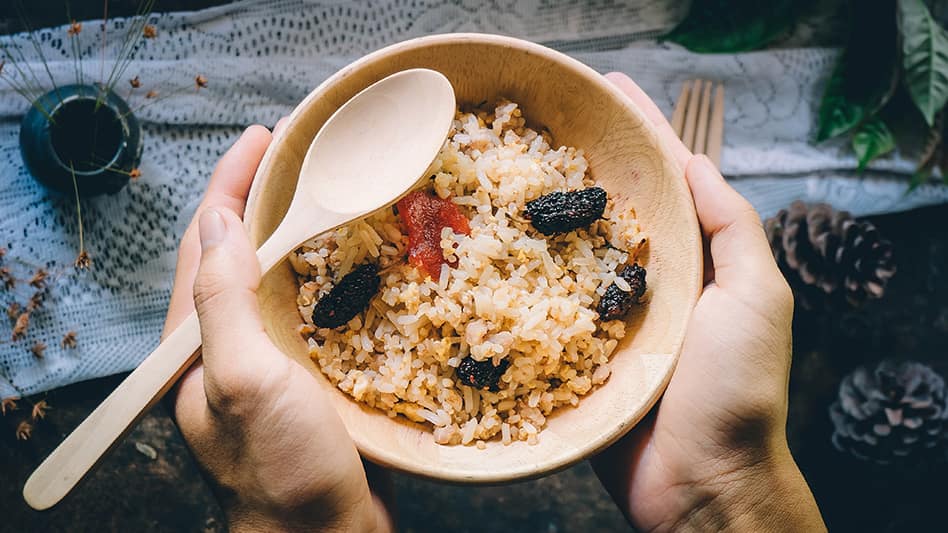 Rice is an ingredient that can be used in more ways than one, so we've found seven traditional rice dishes you can place on your menu in an instant
Read more 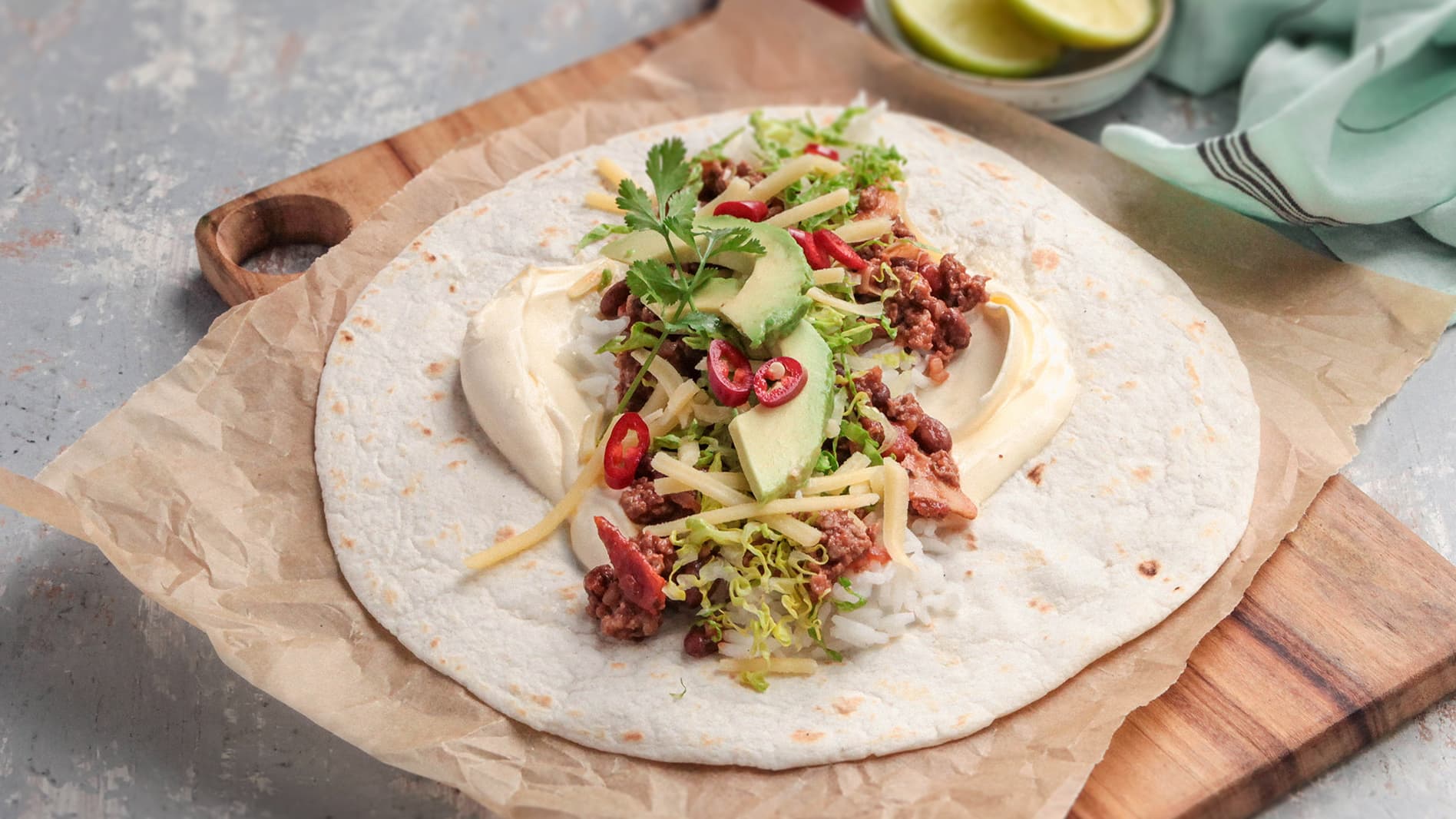