Menu
Home > Ideas > Trends > The Hot Dog Is Back: How You Can Turn Your Standard Hotdog Into a Gourmet Delight

The Hot Dog Is Back: How You Can Turn Your Standard Hotdog Into a Gourmet Delight 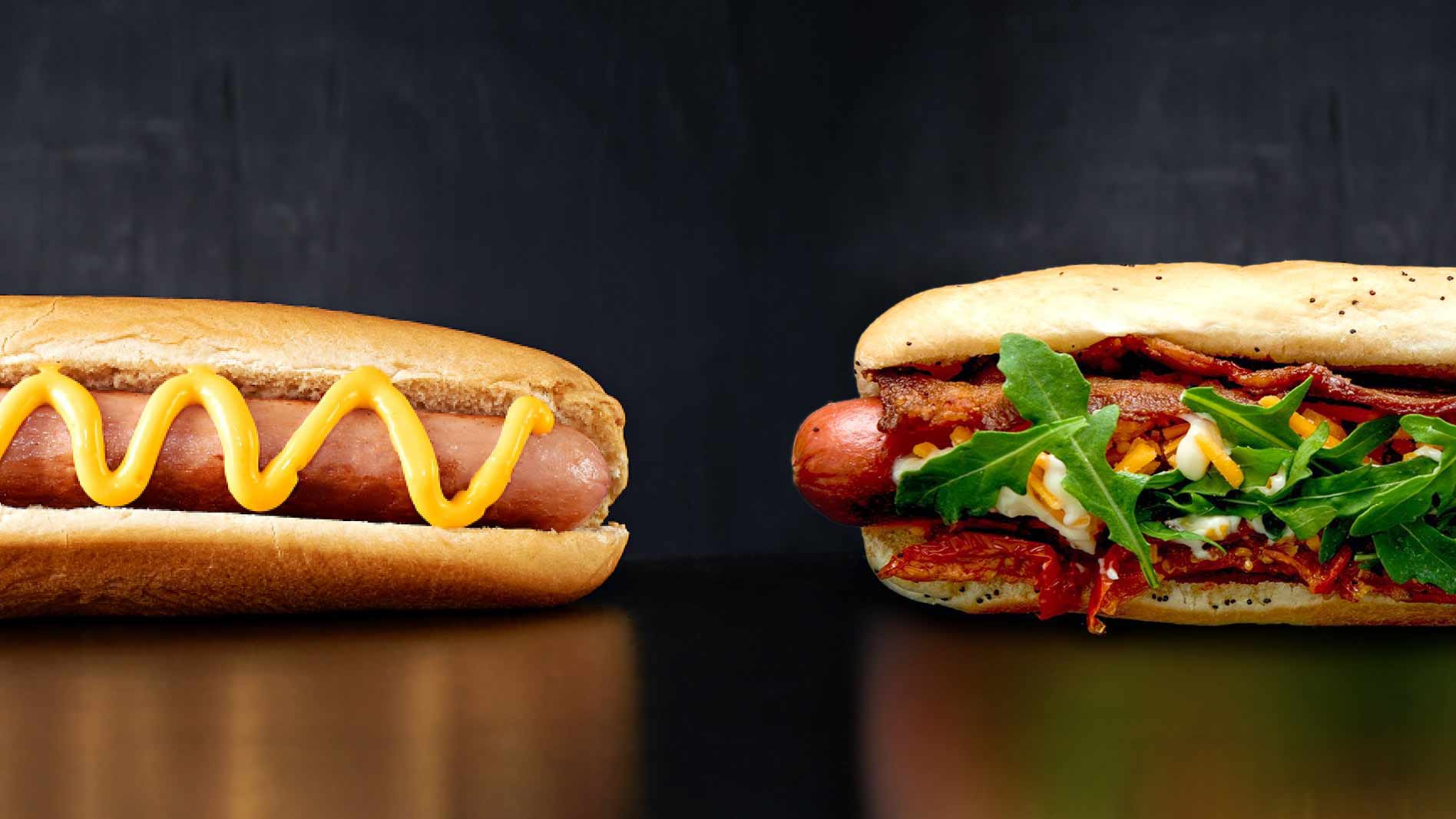 The Hot Dog Is Back: How You Can Turn Your Standard Hotdog Into a Gourmet Delight

Hot dogs have been around for what feels like forever. They are linked to every major sporting event, here in Australia and abroad, and they are synonymous with fairs, festivals and shows of all sizes.

And the American obsession has now spread abroad with the famous sausage in a roll being moved up the ranks and transformed into a gourmet delight offered on menus within pubs, clubs and cafes. Venues dedicated to serving only hot dogs are now popping up, placing pressure on its menu buddy – the burger. From China, Philippines and the UAE over to Africa and now Australia, hot dog venues are increasing in popularity as the demand continues to grow amongst consumers. 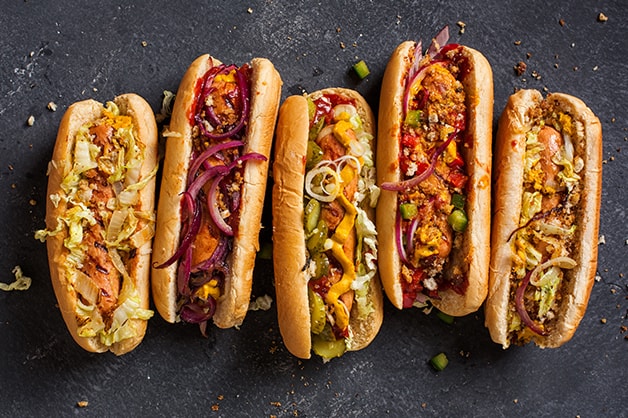 In Sydney, The Hot Dog Man in Manly offers patrons the option of nine gourmet dogs, each with different toppings and sauces. The popular Spanish Chorizo holds green leaves, manchego cheese and confit garlic aioli, while the classic Aussie Big Dog consists of a wood smoked frankfurter, smokey bacon, beer braised onions, fried egg and BBQ sauce. To cater to a vast range of tastebuds and flavours, they also offer their customers a Build Your Own Dog service. From selecting your roll, whether it is gluten free, dairy free or your standard, to having the option of 14 topping such as Swedish beetroot mayonnaise, braised onions and fried eggs – they have it all!

Over at 5 Dogs in Fortitude Valley, Queensland, they opened their first hot dog only venue back in 2011 and eight years on they now have multiple as interest continues to rise. Founder, Robert Hurston explained to Goodman Fielder Food Service their menu is all in the name. “We decided on only having five different hot dogs on offer because any more than five choices and the consumer starts to get confused,” he detailed. With a traditional hot dog with cheese, fried onion and ketchup to the trendy chilli dog with chilli con carne, fresh onion and cheese, the venue experiments with produce and flavours from across the world. 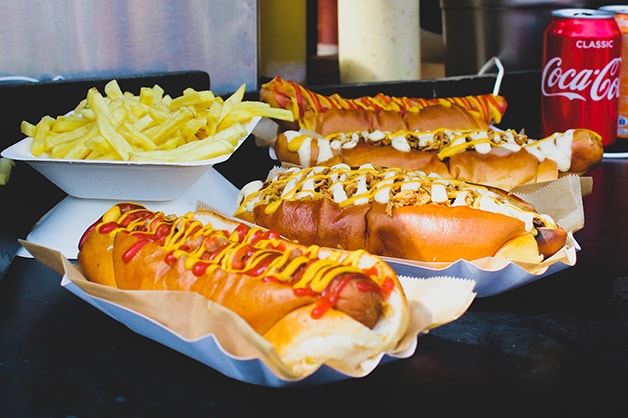 But when it comes to acing a gourmet hot dog, Robert said it is “a combination of everything. It might just be a simple hot dog but you have to watch what you use,” he said. “It is about getting the amount of sauce, the amount of cheese and the amount of onion all right because then you are giving a balance of all those different textures and flavours that is providing the customer the experience they are looking for.”

With the rise of veganism and plant based meats, hot dog venues, such as 5 Dogs are needing to adapt their offering if they want to remain on trend and relevant. Robert explained he has recently modified two of his offerings to become vegan. Their vegan beer brat hot dog is completed with a Tofurky original beer brat sausage, sauerkraut and fried onions while their vegan kielbasa holds the same toppings but with a Tofurky kielbasa sausage. 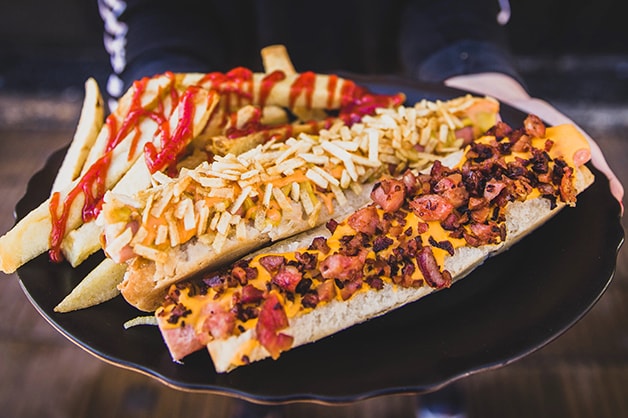 “Originally, we also used to make the chilli con carne but with having so many vegan customers, we changed it to a chilli using a crushed bean to give it [the same] texture,” Robert explained. Lord Of The Fries, who are a vegan-only venue based in QLD, NSW, VIC, SA, WA and NZ, have also jumped on the hot dog bandwagon, offering three styles of vegan hot dogs on their menu. Their Mexican-inspired Tijuana hot dogs consists of a vegetable sausage topped with jalapeños, cheese, onion, spicy tomato sauce and sour cream. While the Chicago hot dog’s topping consists of crunchy pickles, relish, peppers, mustard and celery salts.

So, as the movement towards hot dogs continues to grow, more hot dog focused venues will continue to pop up to ensure the customer demand is being met. While meeting the trends of customers is important, ensuring you have a point of difference to competitors is also critical. That’s why it is important to experiment with different toppings and flavours, opt for quality sausages and rolls and provide customers with a joyful, flavoursome experience with every bite. 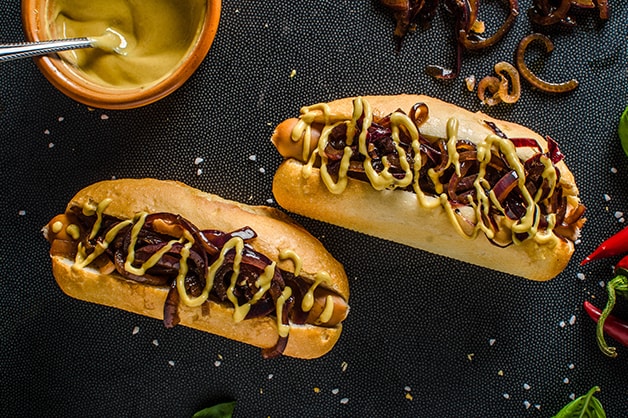