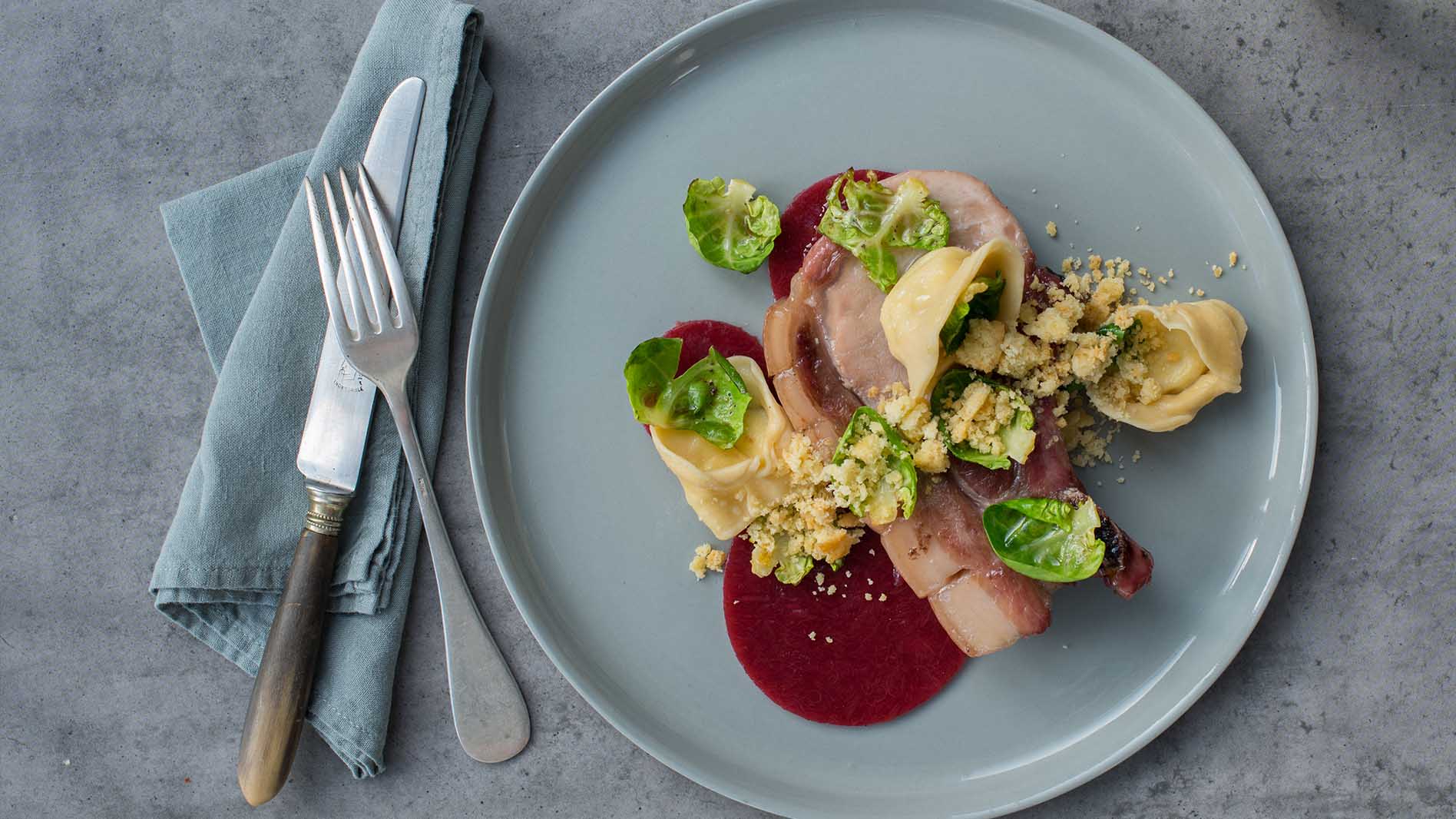 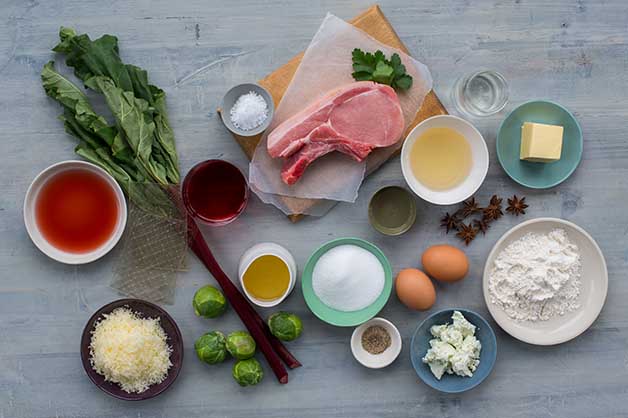 To create your glaze, pour the Cornwells Apple Cider Vinegar into a pot, along with the gin, caster sugar, water and star anise. Bring the ingredients to a boil, then set aside. 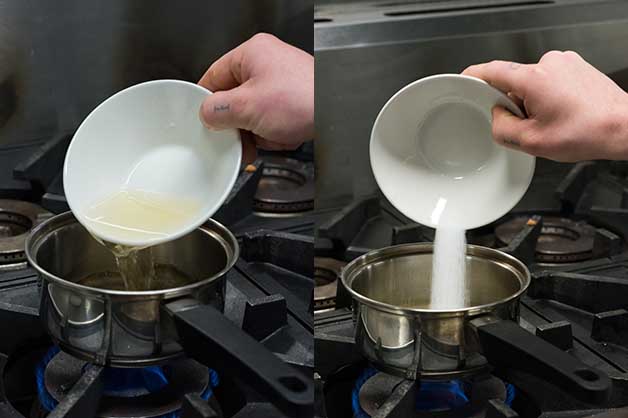 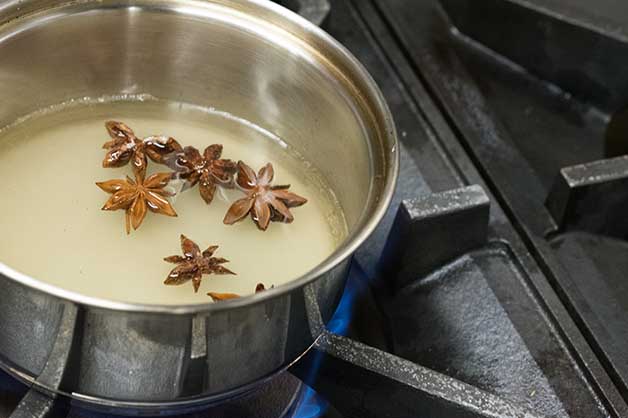 French and clean your pork cutlets. Coat them with 25 ml of Crisco Vegetable Oil before pouring the apple cider glaze over-the-top. Leave the cutlets in the syrup for some time, to allow them to soak up the juices. Then, grill the pork cutlets on both sides until it is well done. Place in a baking dish and further cook it in a preheated 70 degrees oven for one hour. 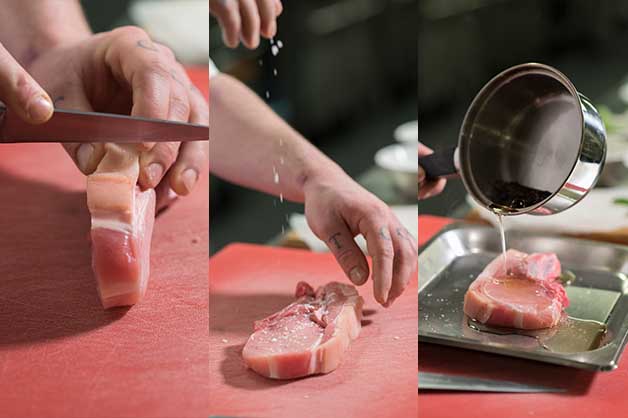 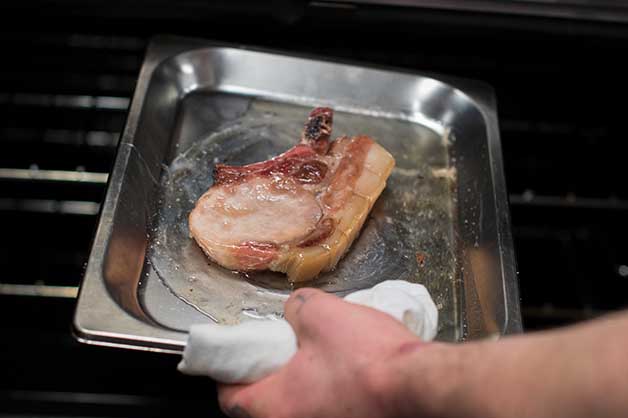 For your rhubarb jelly, chop the rhubarb into small pieces and place in a mixing bowl. In a separate bowl, soak the gelatine leaves for 10 minutes, then add to the mixture. In a saucepan, pour in the cranberry juice, sherry vinegar and the rhubarb mixture. Cook on a low heat for eight to 10 minutes.

Once the mixture has softened, pour it into a flat tray and place in the fridge. Once it has set, cut circles out of the jelly and set aside for plating. 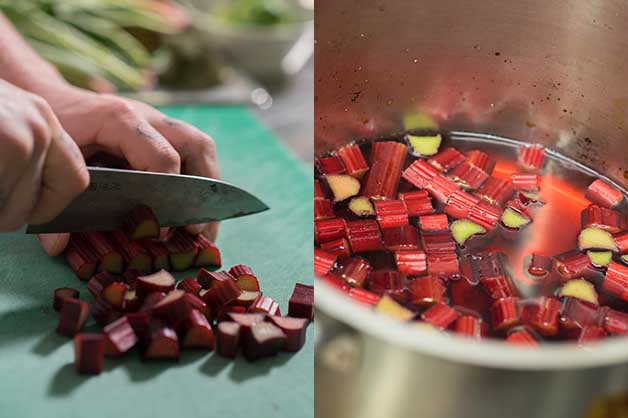 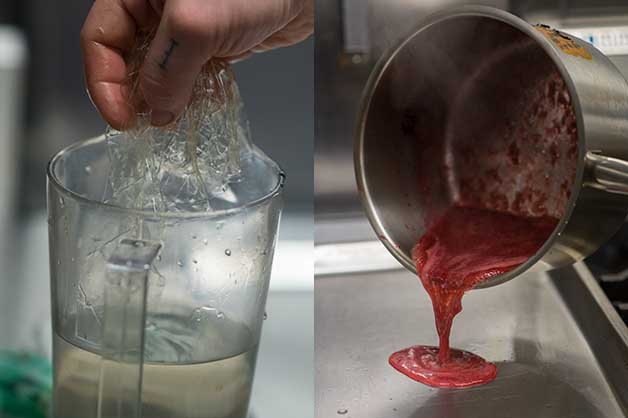 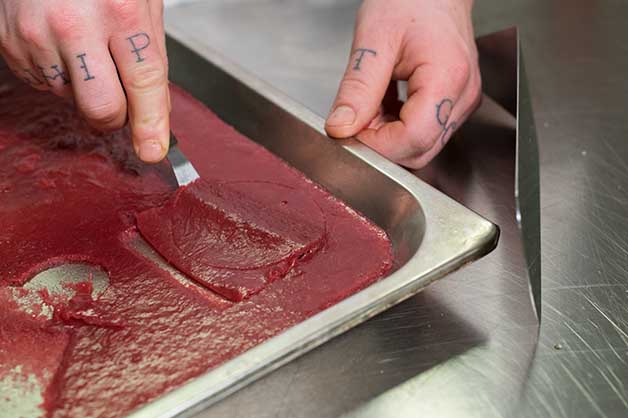 For your cheddar sable, combine 140 grams White Wings Plain Flour, butter and cheddar. By using your fingers, combine the ingredients until it creates a breadcrumb texture. Pour the crumbs into a baking tray and place them in a preheated oven at 170 degrees for 13 minutes. 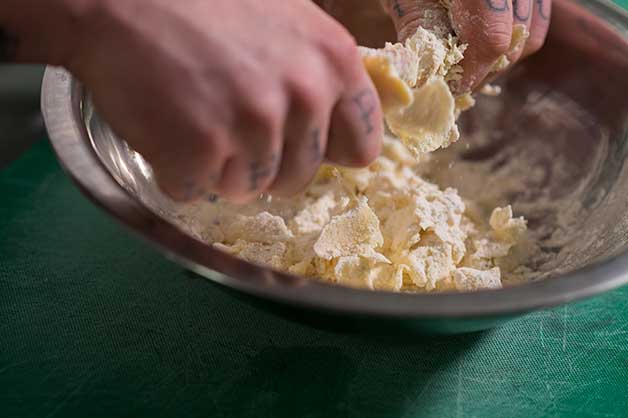 Peel the individual leaves off each Brussel sprout, then blanch in boiling water. Once they have softened, dress the leaves with clarified butter and salt and pepper. 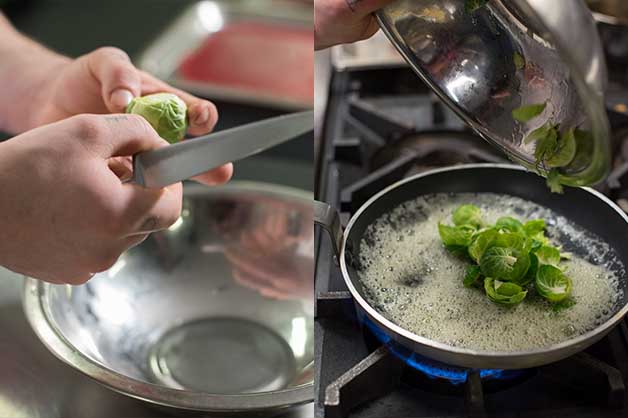 To create your tortellini, combine a whole egg, an additional egg yolk, one cup of White Wings Plain Flour and 40 ml of water. Slowly work the ingredients together until it forms a pasta dough. Rest the dough in the fridge for one hour.

Once the pasta has rested, roll it out on a machine to a thickness of your preference. Repeat this process seven times. Using a large cutter, make a number of tortellini pasta slips, then place a teaspoon of goat cheese in the middle. Damp one side of the pasta then fold it over and join the ends together to form a shape of a tortellini.

Place the pasta in a pot of boiling water, and cook them until they become soft. 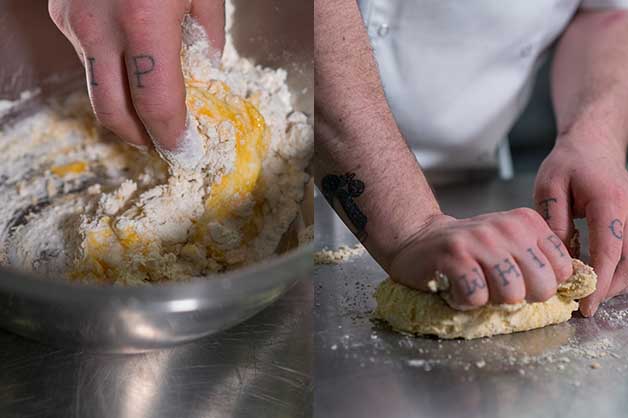 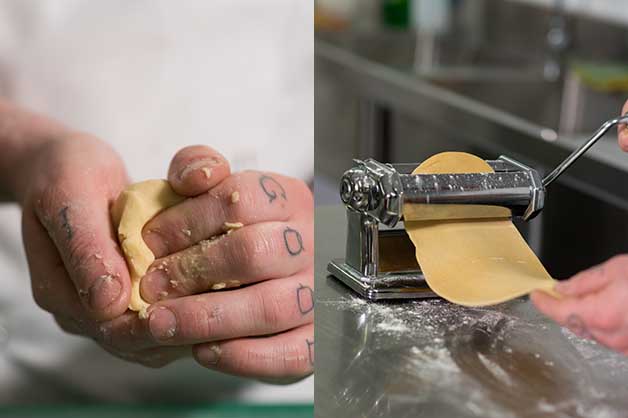 To serve, place the circular rhubarb jelly on a plate, then add the tortellini over-the-top. Place the pork cutlet in the middle of the dish and randomly place the Brussel sprouts on top, along with a layer of the cheddar crumbs. Add a touch of salt and pepper, then serve. 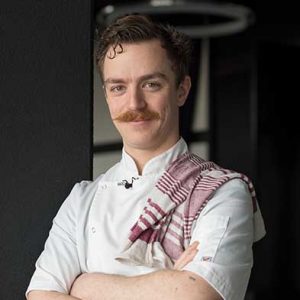 We have found guests enjoy dishes that consist of vegetables and meat, that’s why this meal is one you must give a try.

Chef Rory has revealed the steps to his delicious Karaage Chicken Burger recipe in great detail. Perfect as a dine in option or for takeaway, add it to your menu today.
Read more 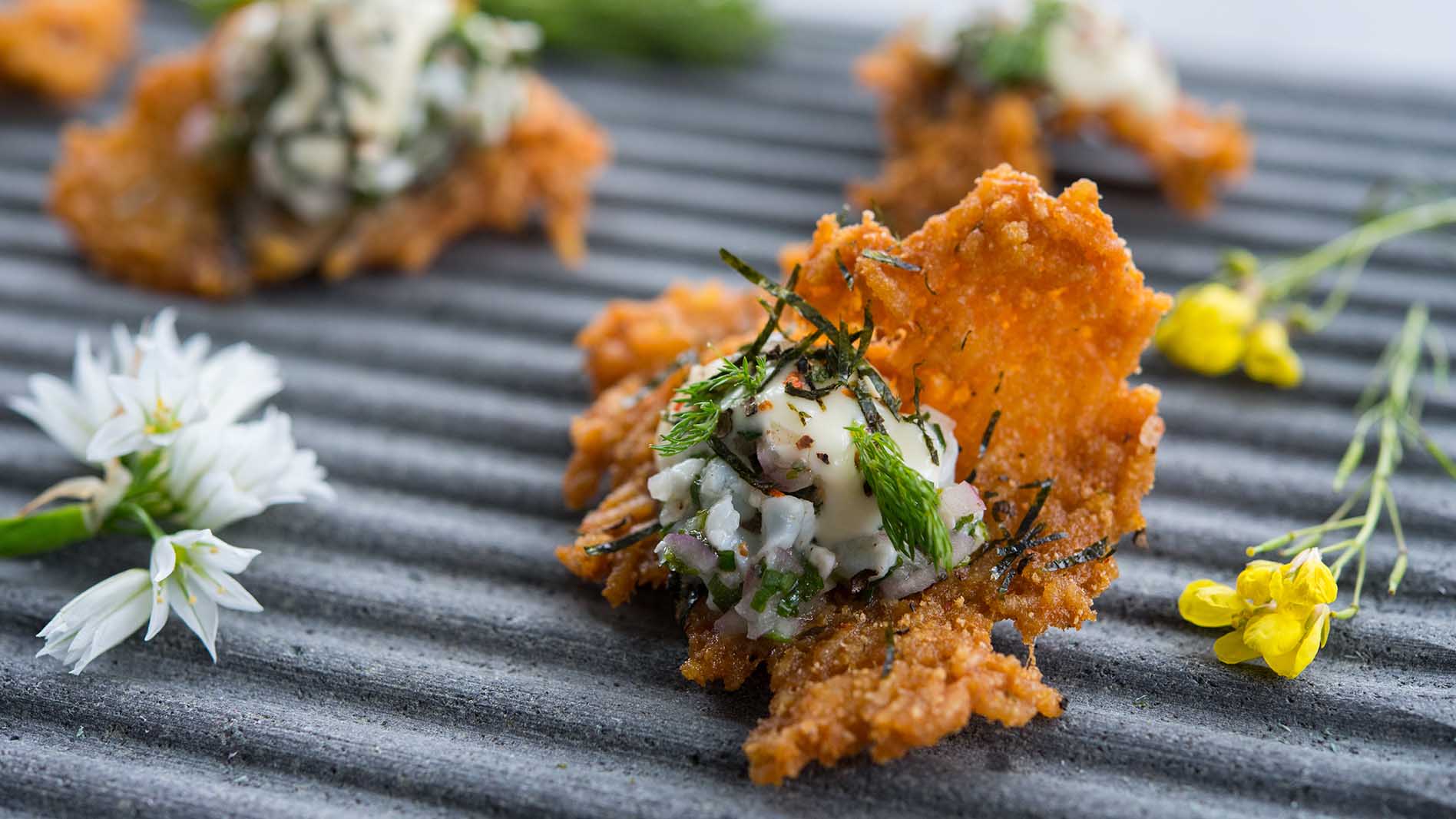 Looking for something unique and different to add to your menu? Then give this Prawn tartare served on furikake rice crackers recipe a try!
Read more 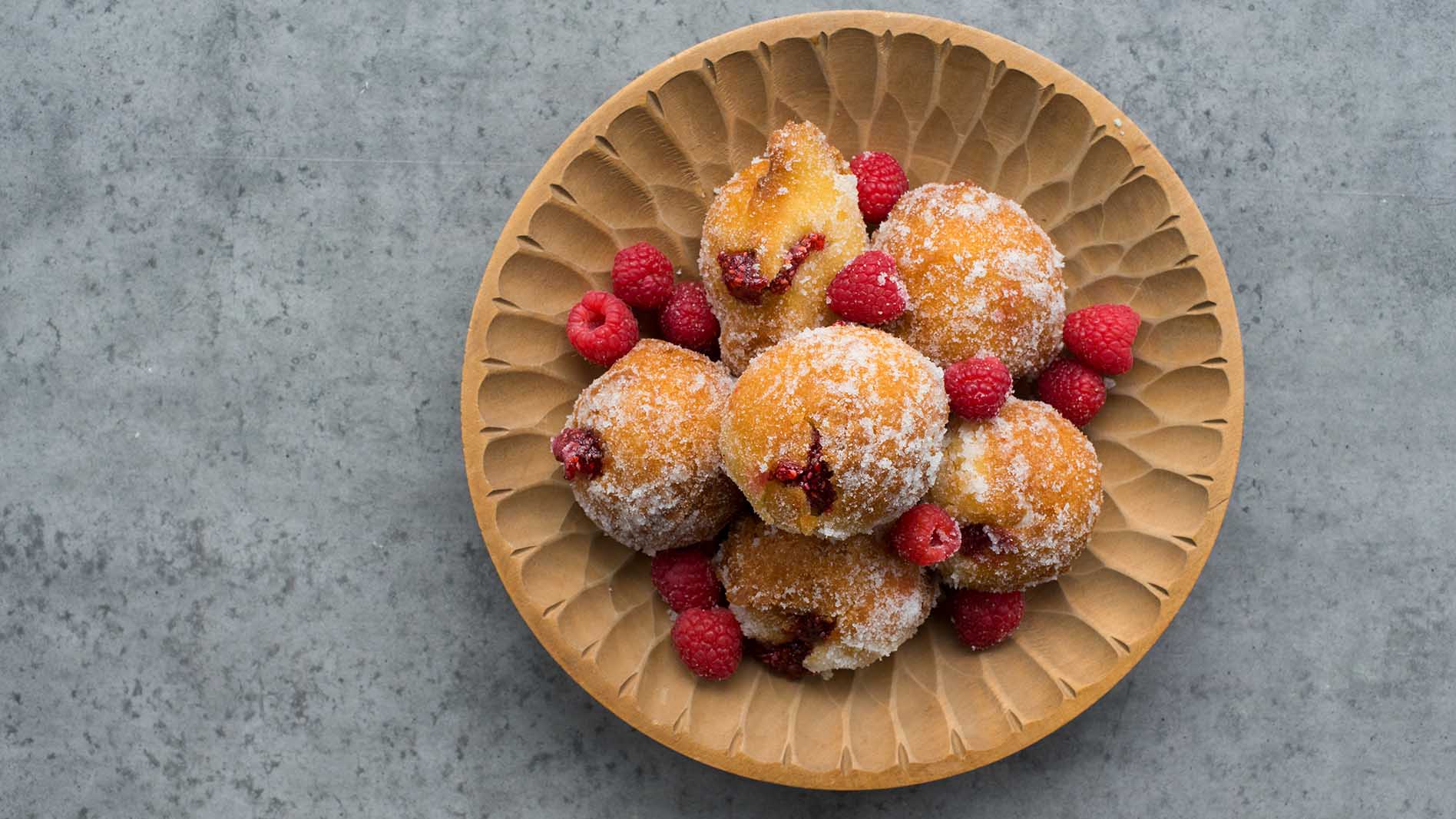 Looking for a new creation for your afternoon tea menu? This raspberry jam filled donuts can be made in four easy steps and are super tasty!
Read more 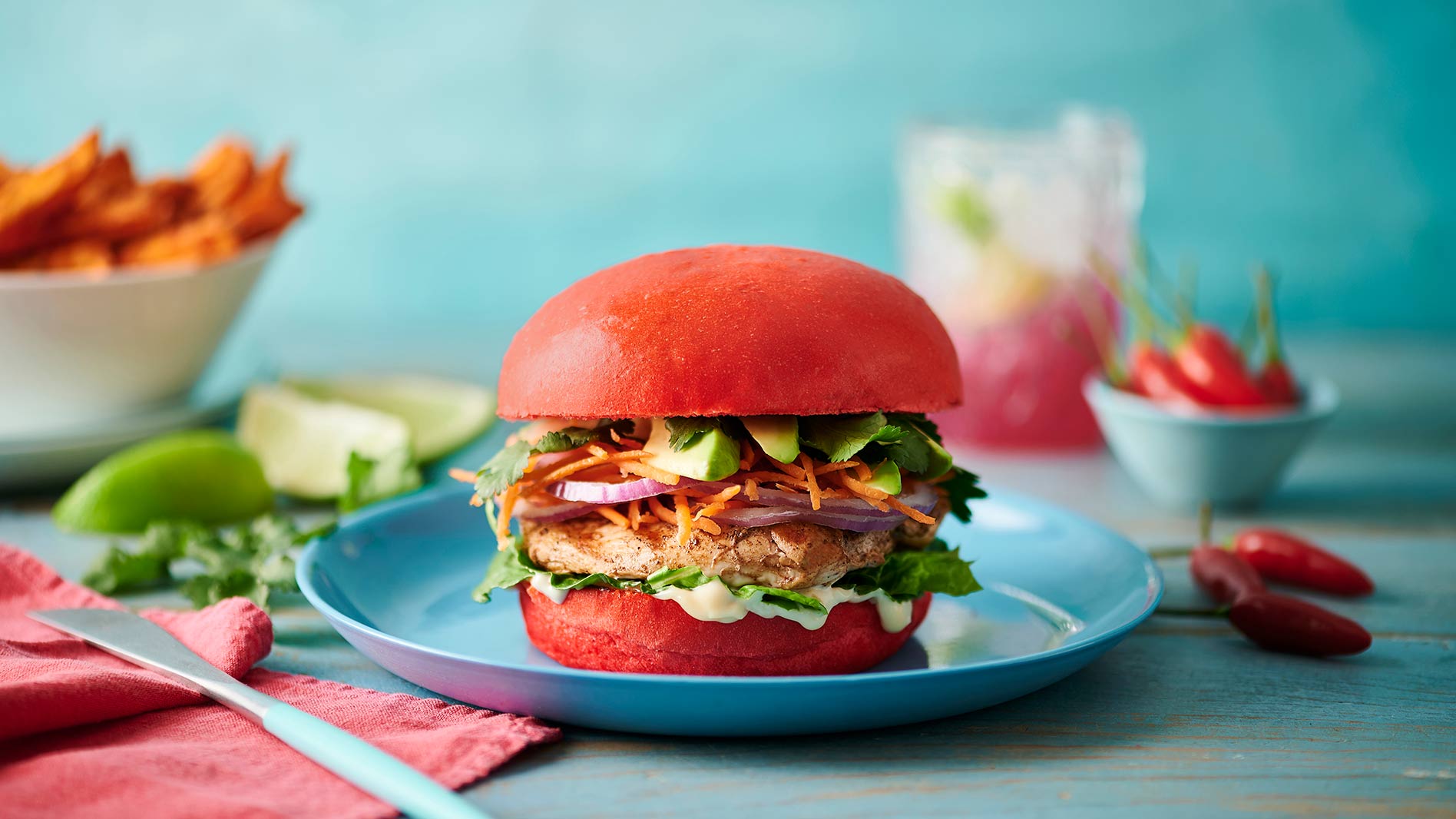 16th September 2021
Savoury with a hint of chili & a spicy garlic kick, the QBA Sriracha Milk Bun is perfectly paired with flavours from Asia. Make a fiery impression on your customers by adding this Chicken Burger recipe to your menu today.
Read more 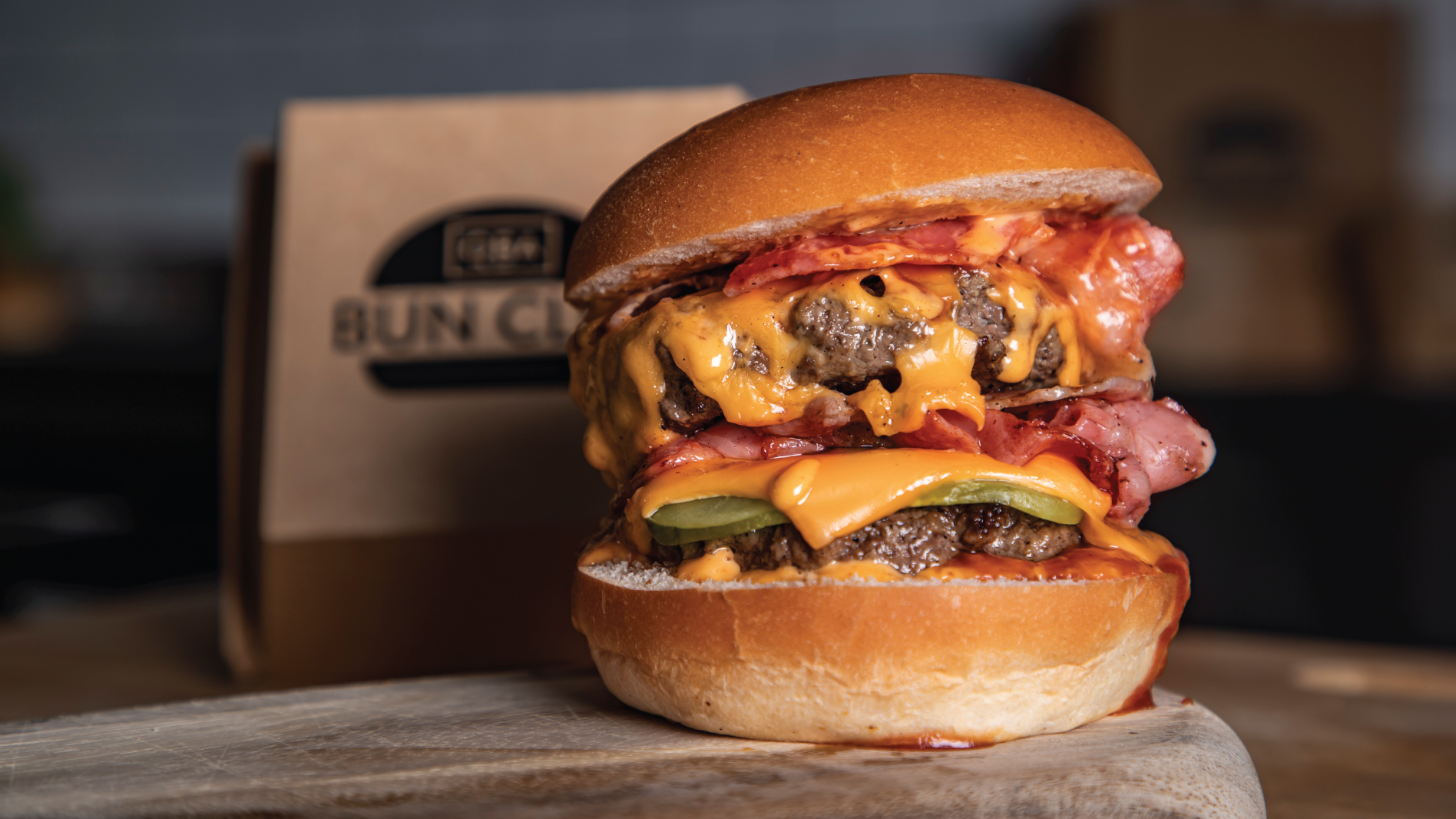 13th May 2021
Chef Colin creates the perfect burger to pass the QBA Bun Club Burger Travel Test! Check out how to make the best Double Beef and Bacon burger that withstands the stress of food delivery.
Read more 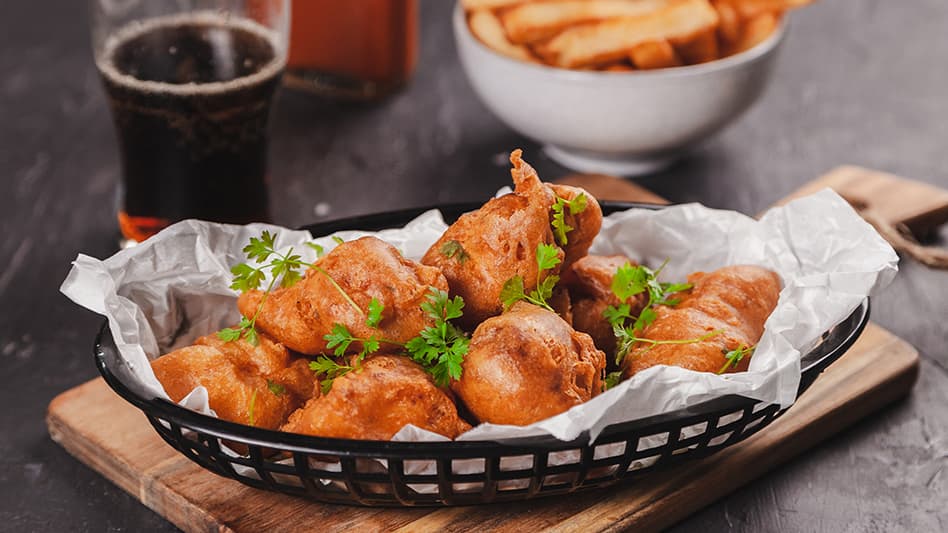