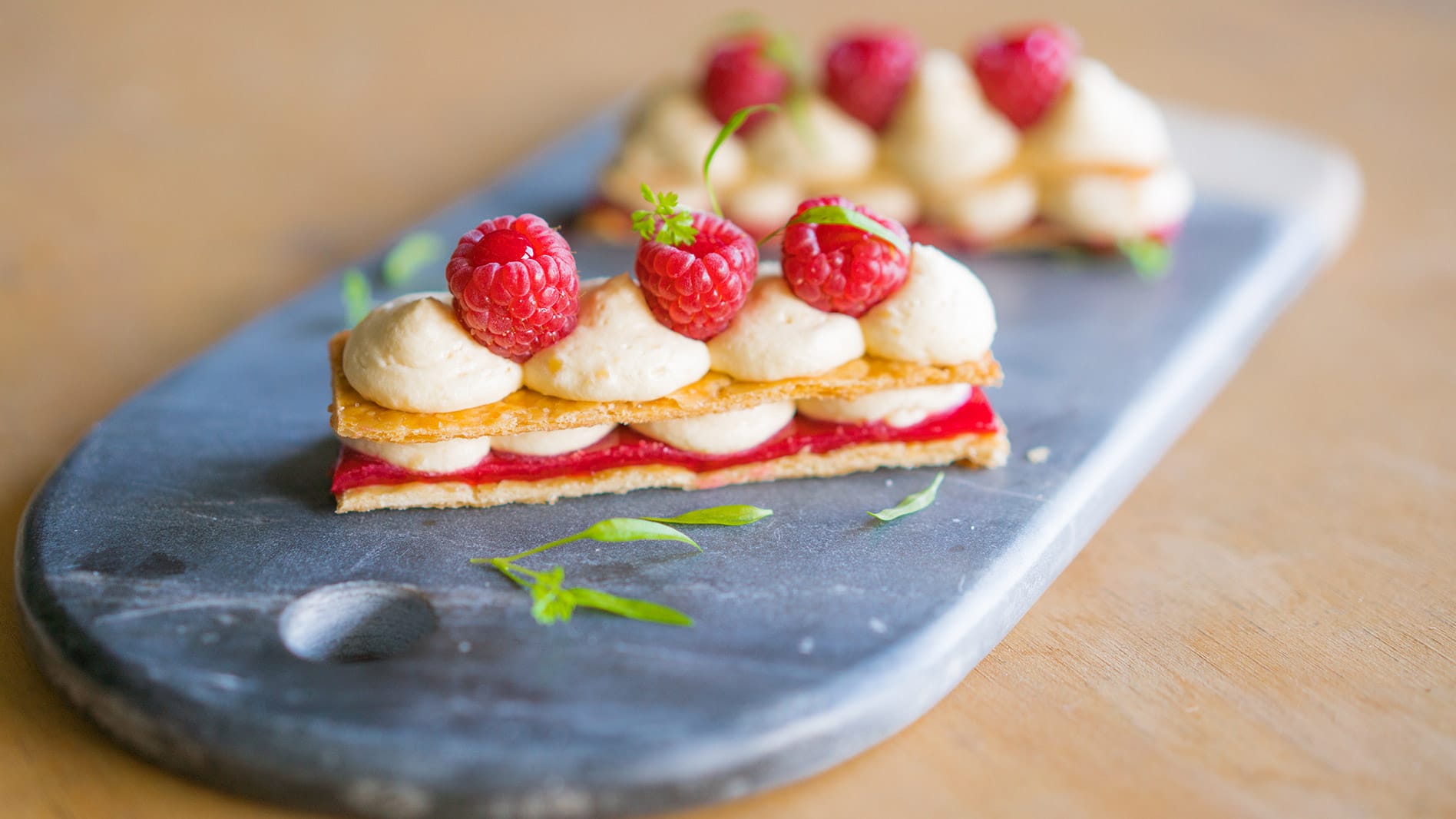 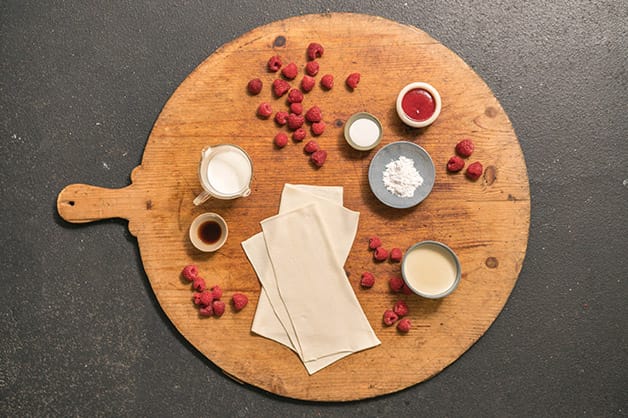 Preheat the oven to 200 degrees. While the oven heats up, whisk together the White Wings No Bake Custard Mix and 60 grams of milk in a saucepan. Then, add the sugar, vanilla syrup and the remainder of the milk. Place the saucepan on the stove at medium heat for five to eight minutes, or until the custard thickens. Remember to continually stir the mixture while it is on the heat. Once it’s removed from the heat, place to the side for one and a half hours to cool down. 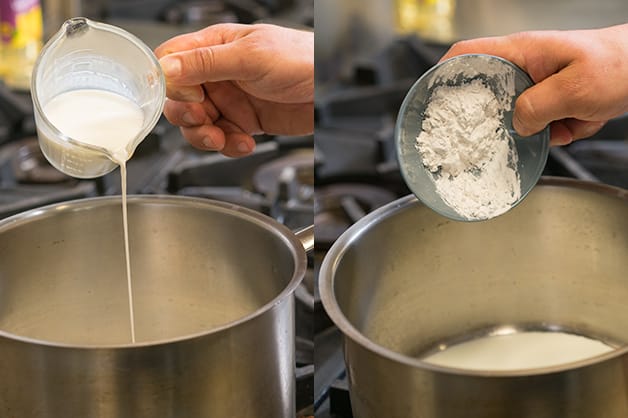 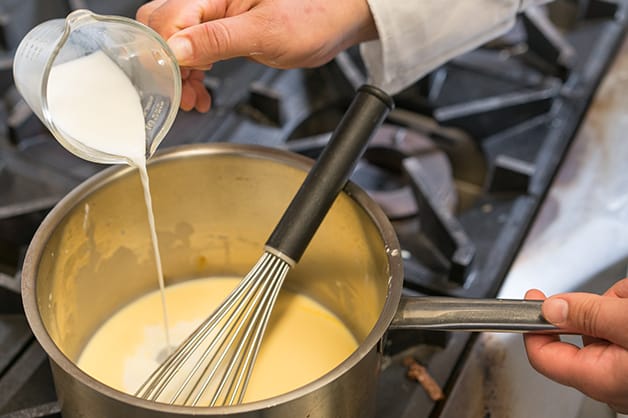 Line a baking tray with non-stick baking paper and place the Pampas Ready Rolled Puff Pastry on the lined tray and sprinkle a layer of sugar. Pierce small holes in the pastry by using a fork, as it will stop it from rising too high in the oven. Top the pastry with another sheet of baking paper and place another tray on top. Make sure the second tray has a thin layer of rice inside in it, as it will stop the puff pastry from growing “too big” in the oven. Bake in the oven for 20 minutes, then turn the trays over and bake for a further five to 10 minutes or until golden brown. Set aside for 30 minutes to cool down. 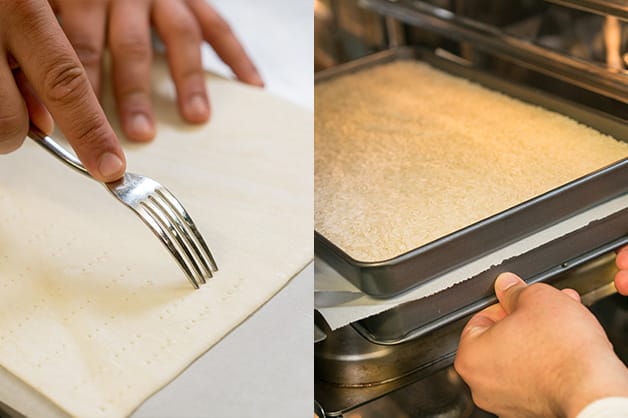 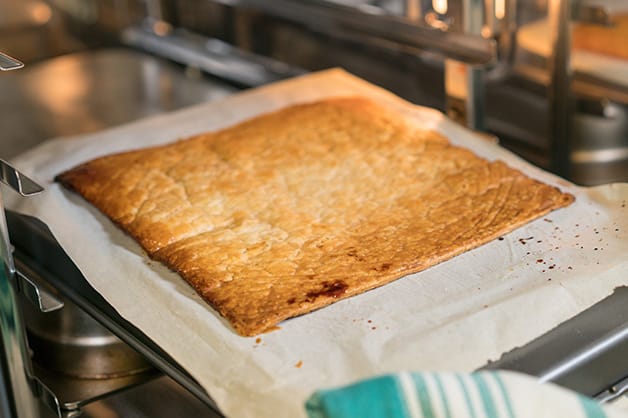 In a bowl, whisk the cream until firm peaks form. Then, fold the cream into the custard mixture. By adding the cream, it will loosen the custard, making it easier to pipe during plating. 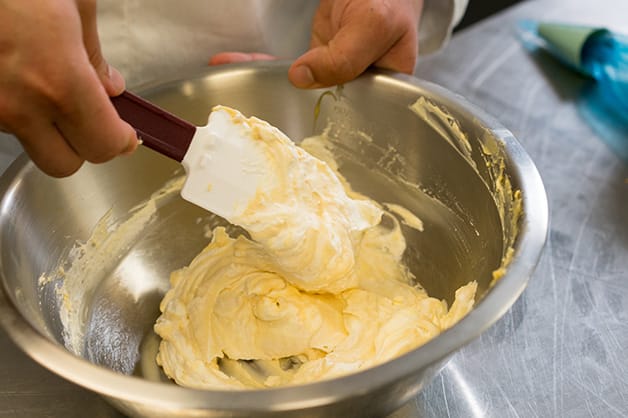 Using a large serrated knife, trim the edges of the baked pastry, which may be burnt. Then, cut the pastry in six even strips. Place one strip on a serving platter and with a piping bag, dollop the custard mixture. One a second strip, gently place the pre-made raspberry gel on it. Place another layer of dolloped custard over the top and build a tower with the two pastry pieces. Then gently decorate with raspberry syrup-filled raspberries. Repeat this step until all of the pastries have been used. 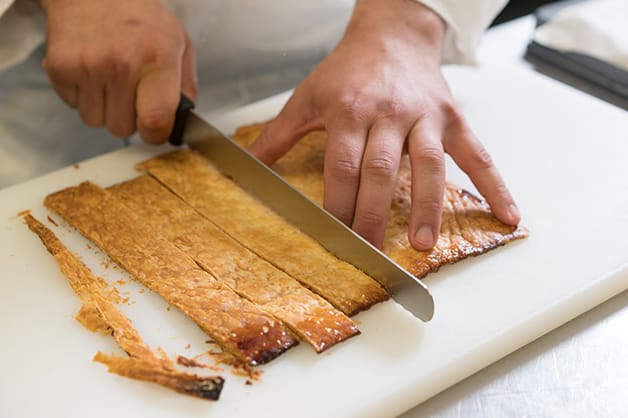 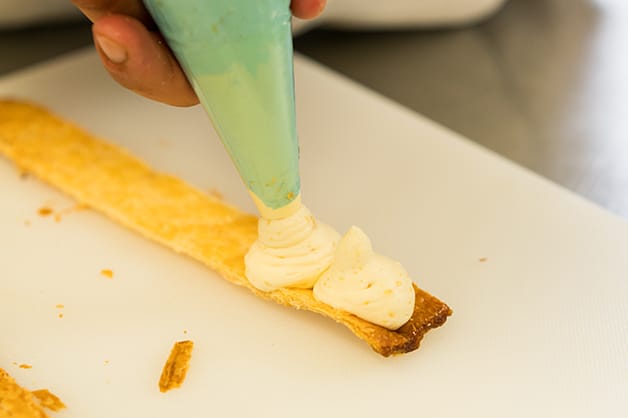 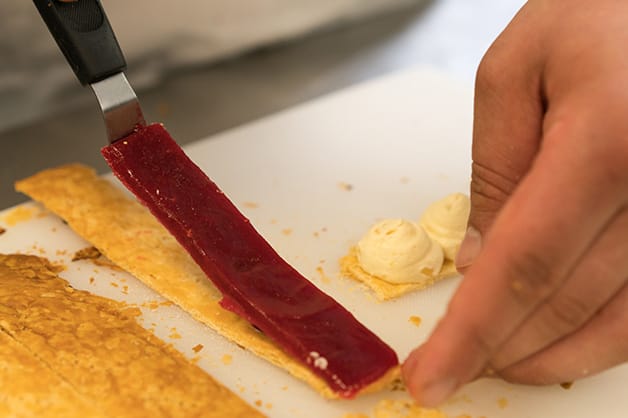 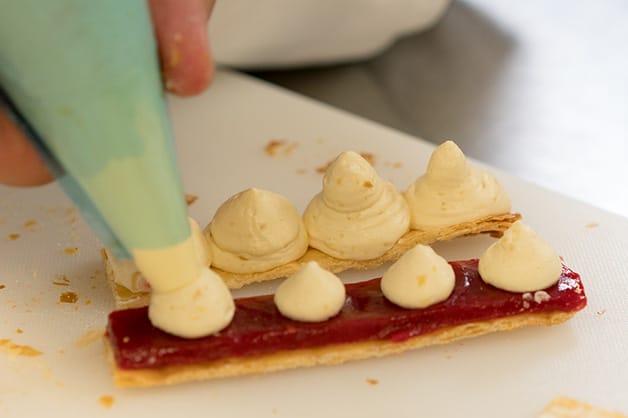 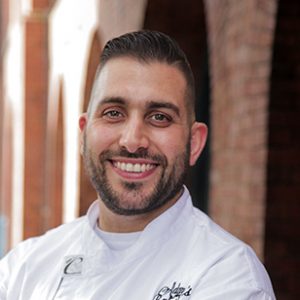 While the traditional vanilla slice is tasty, it can sometimes be too heavy. This classic French Vanilla Slice recipe is light, thanks to the crispy Pampas puff pasty. It’s easy to make, and tasty to eat.

Want a rich, fudgey chocolate peanut butter brownie recipe to add to your cafe menu or to your dessert offering? Chef Adam has shared this famous Peanut Butter Brownie recipe - and it's quick, simple and delicious!
Read more 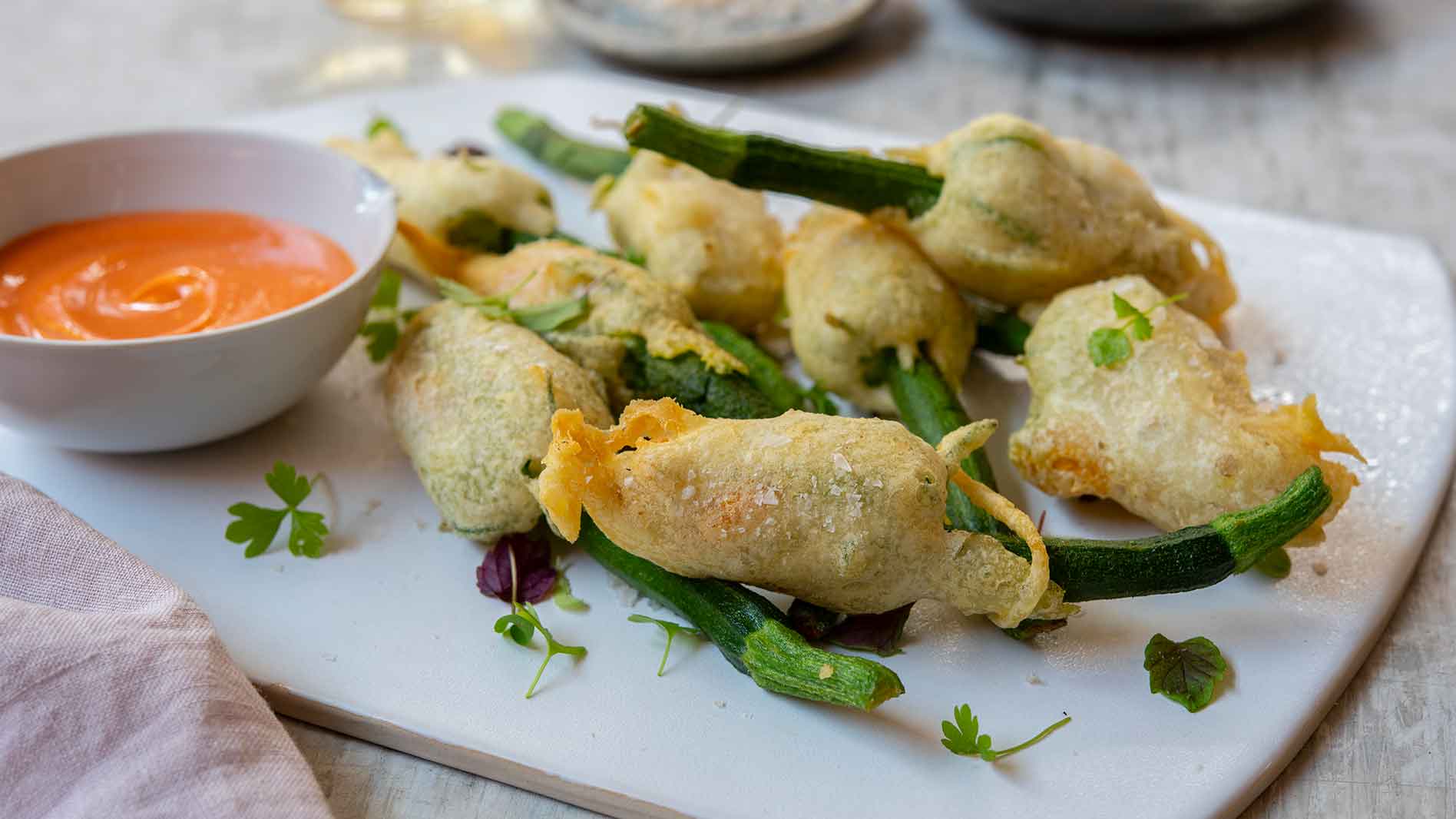 Chef Adam whips up this delicious vegan-inspired dish using our Praise Lite Mayonnaise, which contains no animal or dairy products. Check it out!
Read more 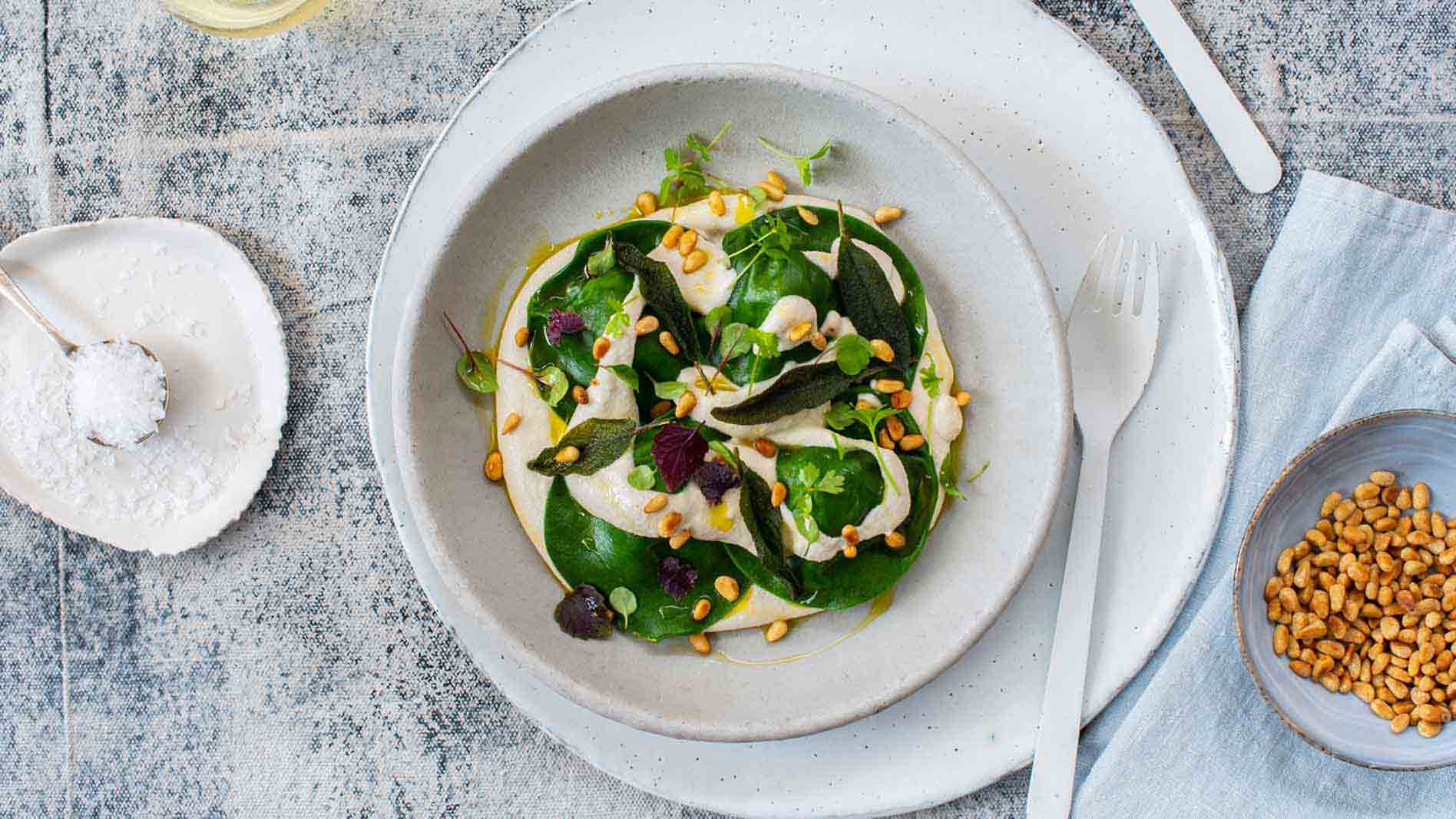 5th June 2020
Chef Andy Bowden from Saga in Enmore is renowned for his delicious desserts, now he has shared the ins and outs of his famous Pumpkin Pie Donuts. Check out his step-by-step recipe and send them out nice and hot, ready for delivery.
Read more

17th March 2020
Want a rich, fudgey chocolate peanut butter brownie recipe to add to your cafe menu or to your dessert offering? Chef Adam has shared this famous Peanut Butter Brownie recipe - and it's quick, simple and delicious!
Read more 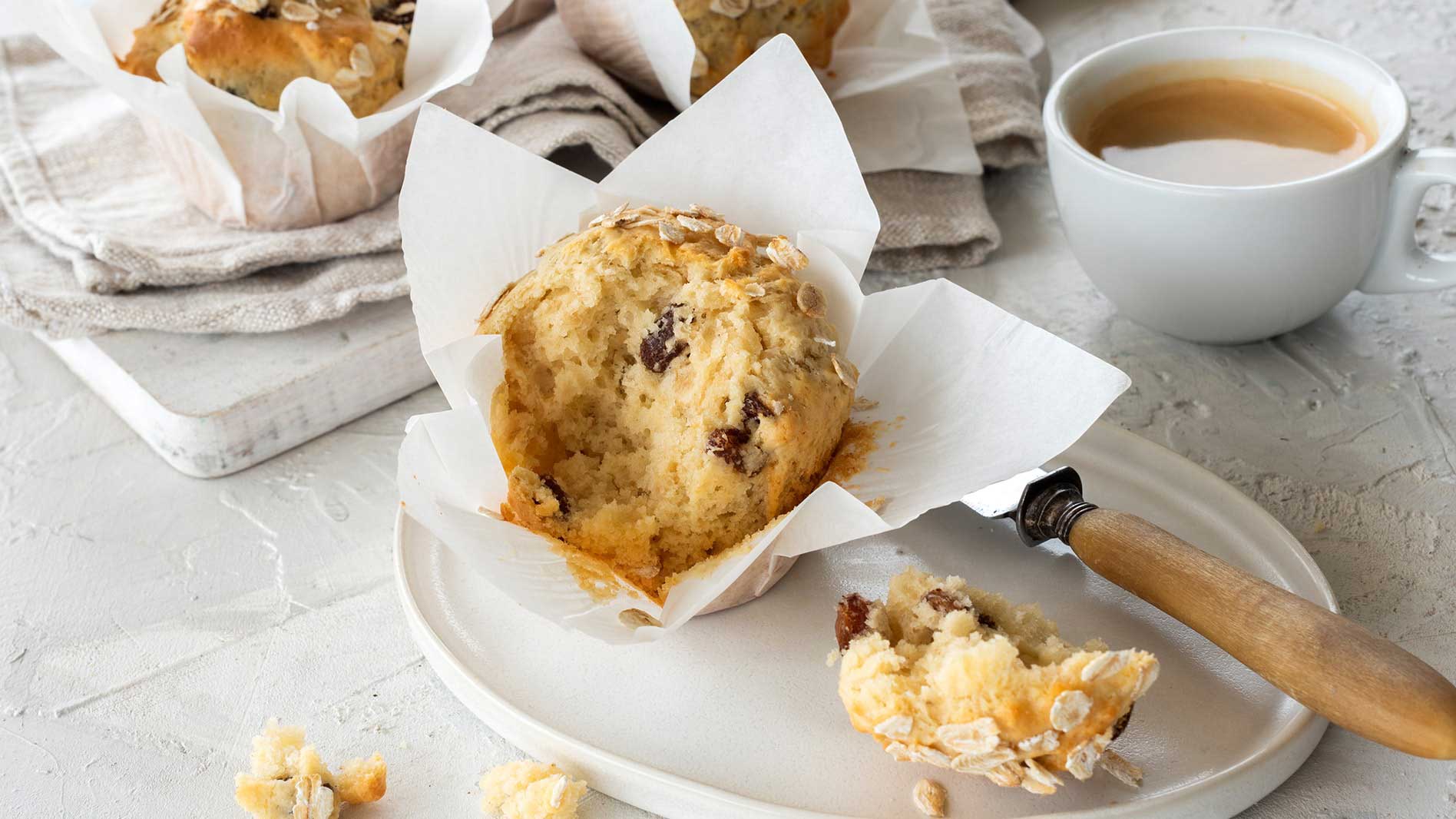 15th October 2019
Need something for your next catering event? These oat muffins with the sweet addition of sultanas are so delicious and best served warm! The best thing is - you can make them in a big batch, saving you time in the kitchen.
Read more

Start Getting Fed with Ideas

Be inspired with Recipes created by Chefs.
Sign Up for GF Foodservice News