Menu
Home > Ideas > Trends > The hidden secret of our kitchens: Eating disorders in the hospitality industry 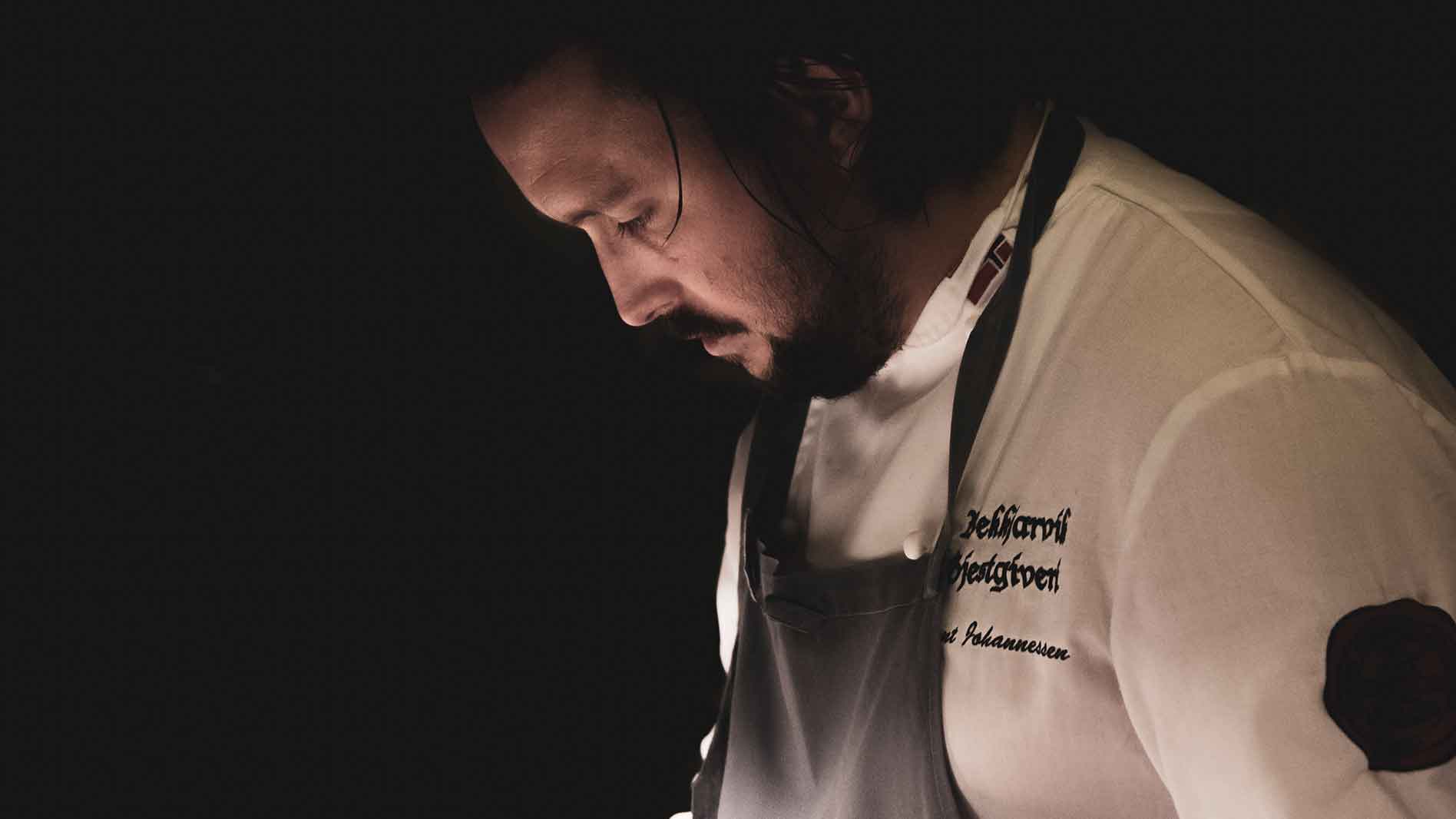 As depression in the kitchen continues to rise, chefs are being faced with another mental health battle. These days, chefs are beginning to suffer from eating disorders, likely to be triggered by the long hours and demanding pressures of the kitchen.

Eating disorders are a mental health condition that is rarely spoken about, despite affecting approximately 1 million Australians, according to the Butterfly Foundation. It’s a mental illness that has been stereotyped to only affect young, teenage females; despite almost 20% of those suffering being male adults.

In brief, there are three types of eating disorders, according to the National Eating Disorders Collaboration: 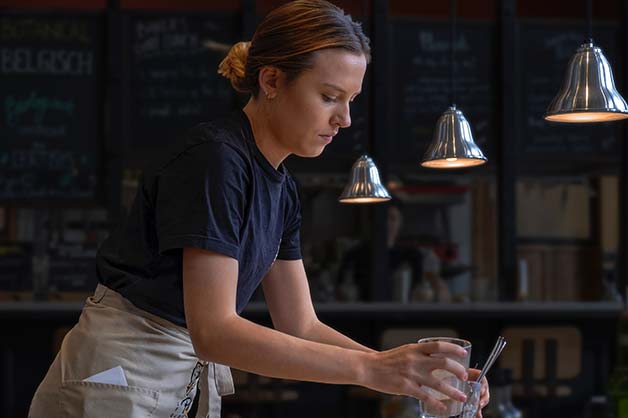 Chefs are known for battling their way through the order receipts, cooking the foods correctly and plating up ‘Instagrammable’ meals. But it seems those who put their love for food on a plate for their customers, are the ones who are suffering in silence the most.

Pastry chef Maya Okada Erickson told Taste Cooking many people believe chefs could never be diagnosed with an eating disorder because of their passion for food. Despite their days revolving around ingredients and inventing the next best dish, reports have shown that this close relationship with food is a common lead to eating disorders.

A report by The Conversation explained those who handle food regularly are more at risk to develop the mental health condition because to be able “to prepare food and be strong enough not to eat it, reinforces their self-worth and to some extent, empowers them. One incredibly common sign of anorexia is pouring massive amounts of energy and time into making elaborate meals for other people as an excuse for you yourself to not eat anything,” the report stated.

Chef Erickson explained that while food is the focus of their daily routine, chefs are known for eating poorly, due to the inability to take a break and eat. “We drink a lot and smoke a lot and don’t always take good care of our bodies,” she said.

“It’s very difficult to balance a healthy lifestyle with a cook and to some degree living an overly ‘healthy’ life can be ridiculed.” Sydney-based chef Liam Crawley echoed her comments, telling Goodman Fielder Food Service that many chefs work 12 to 13 hours a day without stopping to eat.

He went on to add that within the kitchen it is was common practice to fill up on coffee and soft drink. “In a chef’s world, you have some who will take a break during their shift, but you have a lot who will just continue working through those shifts,” he began to explain.

“We skip all of those valuable times where your body is actually saying ‘I need food’.” Reflecting on his experience, the business owner explained: “I got really sick at one point and had no energy what so ever.

“I was completely run down and my immune system was just shut – It was because my body had no nutrients in it,” he said. Chef Liam explained during his darkest times battling an eating disorder, he wasn’t aware of the battle his mind was having with itself despite not eating a proper meal for four months. 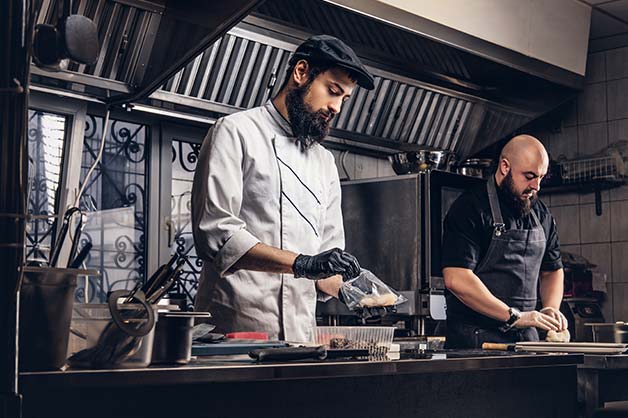 The flow on effect:

Eating disorders don’t only affect the individual suffering, but also those around them. By chefs restricting their meal and food intake, it has a flow-on effect to their customers, as they begin to lose their smell and taste functionality.

“You begin to look at food in a totally different way,” Chef Liam said, adding that it begins to affect what chefs create and plate up for their diners. “You start to feel sick being around food, your body starts rejecting it and you start to not like the smells in the kitchen. That is a real problematic issue for a chef,” he continued.

Not only does an eating disorder begin to affect the meals plated during a shift, but it also affects the relationship between colleagues due to unpredictable behaviours and mood swings. It is common for those suffering from eating disorders to have short tempers and overdrive of emotion.

While chefs are known for raising their voice in the kitchen, Chef Liam insists there is an underlying issue behind their behaviour. “Chefs get angry because their minds cannot cope anymore,” he told Goodman Fielder Food Service.

“It’s not just the stress but it is also because they’ve had no brain food. No one is feeding their minds and bodies with anything sustainable, so they all get to a breaking point,” Chef Liam added. 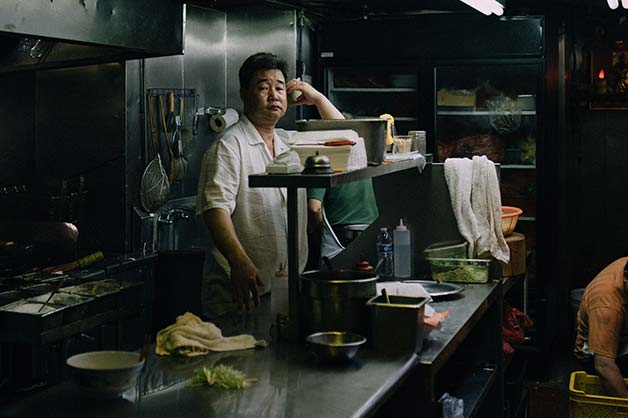 A positive shift in the kitchen:

Overcoming the challenges of an eating disorder can be a struggle, but for chefs to begin to make improvements to their overall health, adjusting their way of life in the kitchen is a place to start. While long hours and customer pressure might be inevitable, taking time to regularly sit and consume a light meal can lead to positive change and shift in expectations.

Eliminating large consumptions of coffee and soft drinks can adjust a chef’s mindset to them not always feeling bloated and full, encouraging the stomach and mind to eat nutritional foods. For Chef Liam, he took back control of his eating habits by listening to his body, taking time out for himself and incorporating fish and fresh salads into his daily diet.

“I have found the only way to get on top of any eating problem is with fresh salads because it is basically water,” he said, adding chefs need to stay away from deep-fried goods during the recovery process. “Because you are losing a lot of fluids working in the hot kitchen, a clean, fresh salad and fish is the best option to fuel the brain.”

The professional chef added that years on, he now chooses to indulge in a large salad full of vegetables after a long night in the kitchen, instead of either skipping meals or opting for deep-fried fast food. Though, recovering from an eating disorder can be a long process and varies for every individual – it could take months, sometimes even years.

According to Eating Disorders Australia, less than 50% of adult patients recover within five years of being diagnosed with the illness. So, as the pressures of the kitchen continue to rise due to the shortage of chefs, it’s time for colleagues to lend a helping hand for each other.

Become aware of the environment within the kitchen and start the conversion with someone who may be showing signs of struggling or irregular eating habits. While it may be a different conversation to bring up with a colleague, it could be a conversation that they need to push them towards recovery. By creating a kitchen space where staff are open and honest with each other, you’re allowing those battling with a mental illness in silence to feel safe.

Speak to the experts:

If you or anyone you know need help or support for an eating disorder, please call Butterfly Foundation‘s National Helpline on 1800 334 673 or e-mail their support team on support@thebutterflyfoundation.org.au. 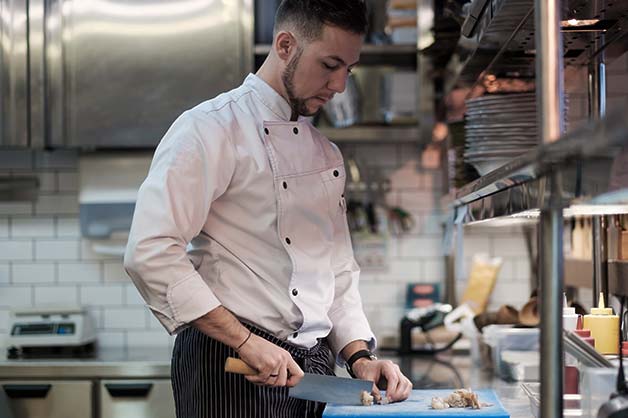 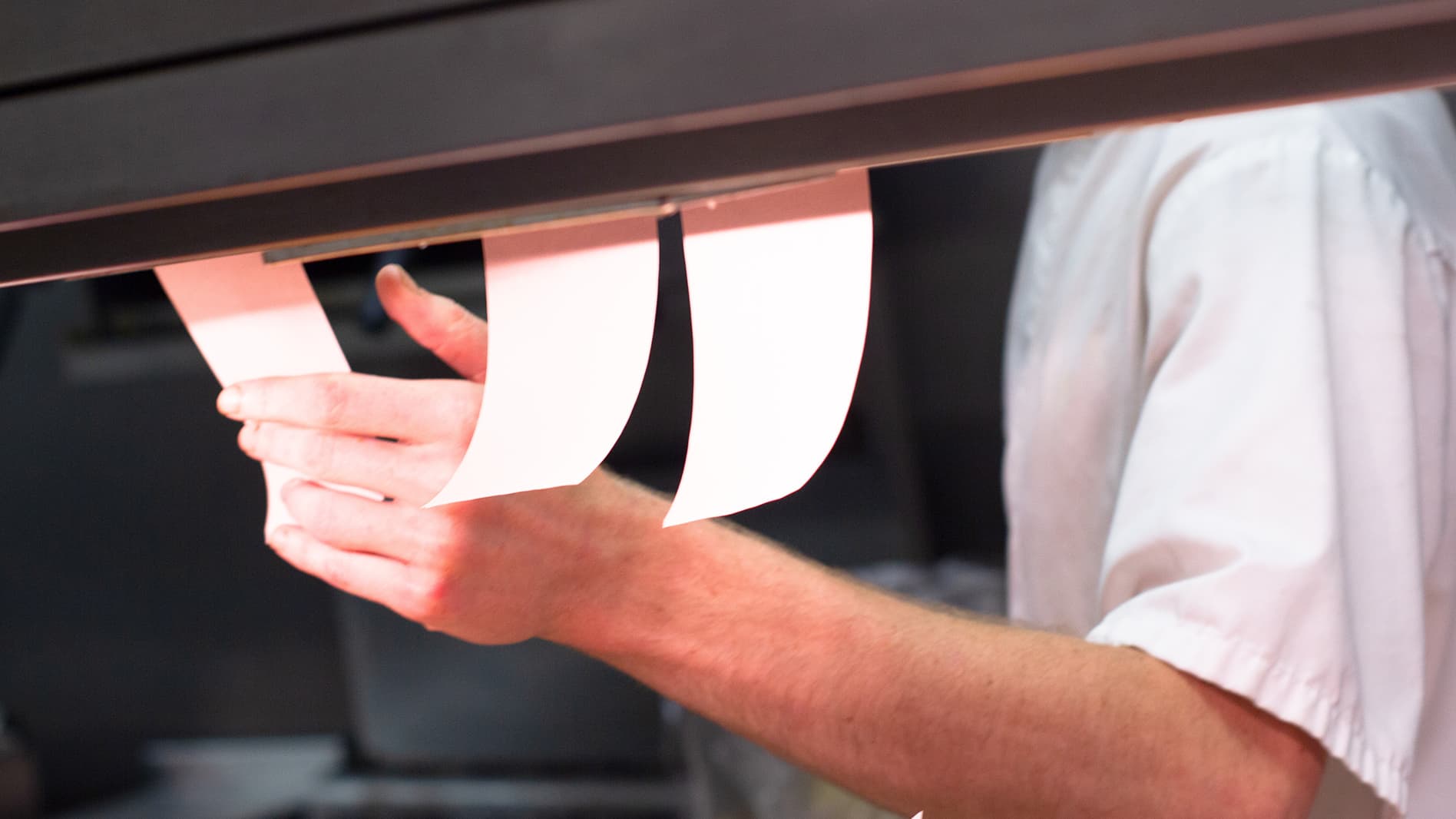 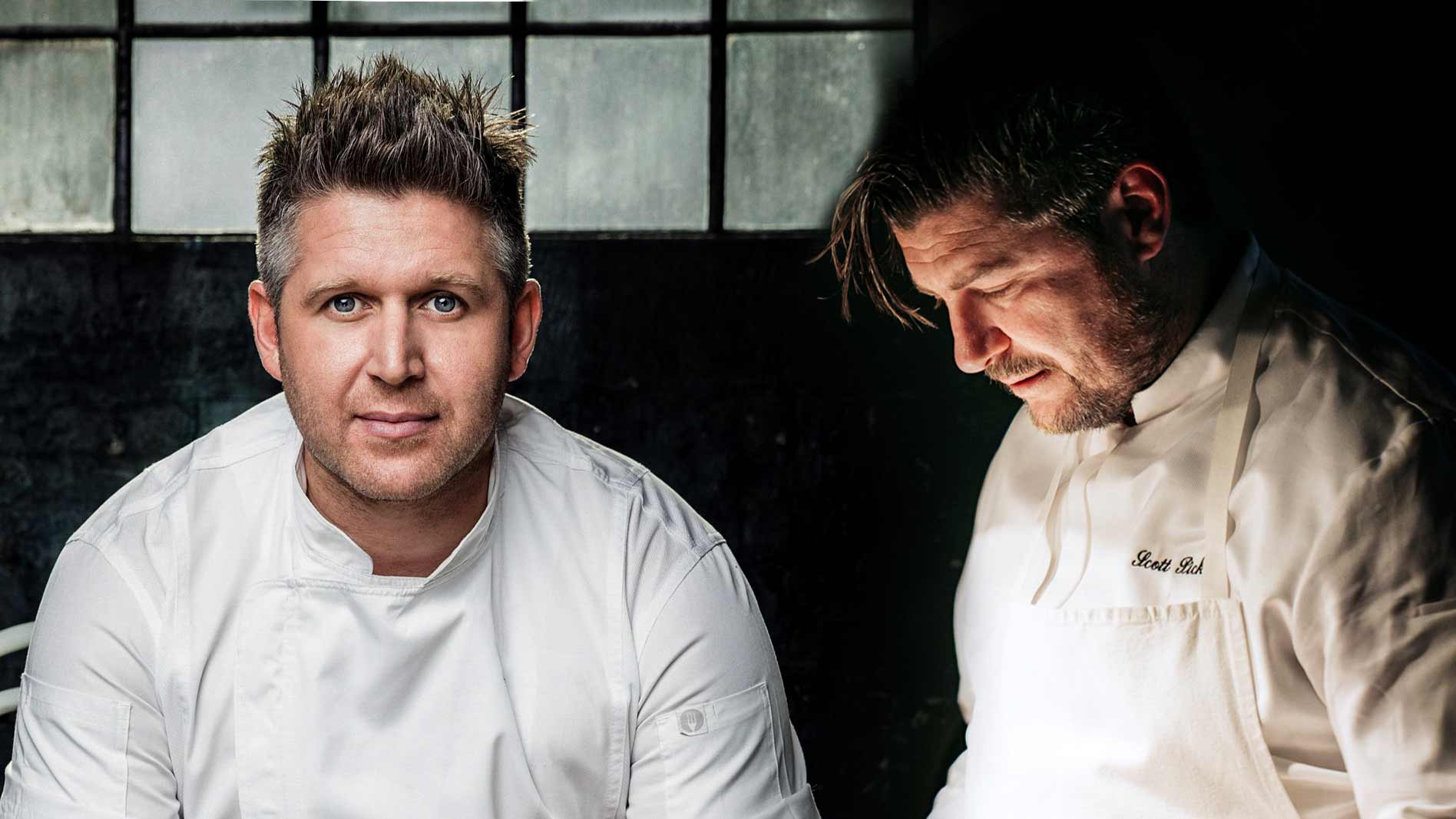 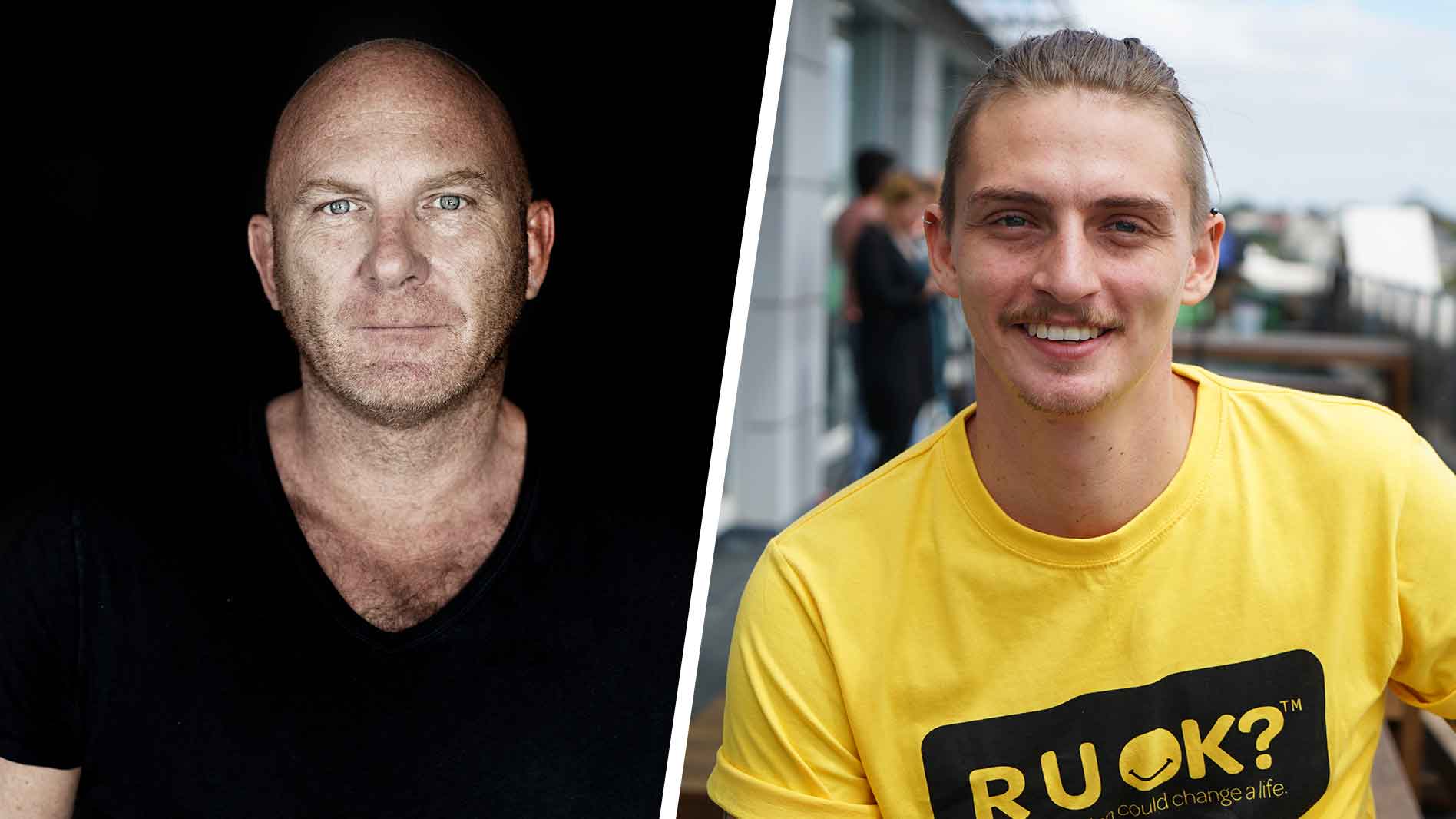 In the wake of the tragic death of Anthony Bourdain - Matt Moran and Mal Meiers open up on their experiences and knowledge of mental health.
Read more